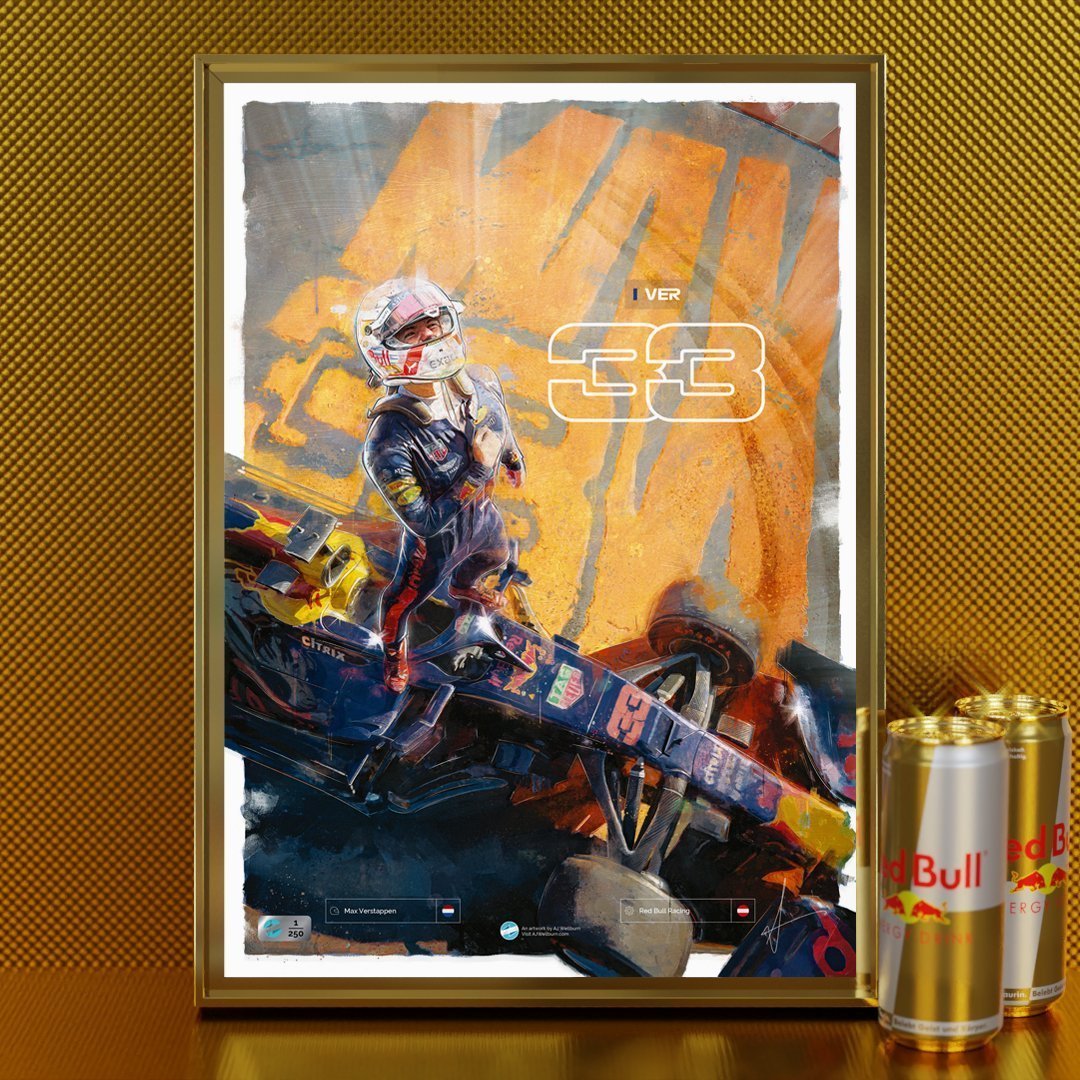 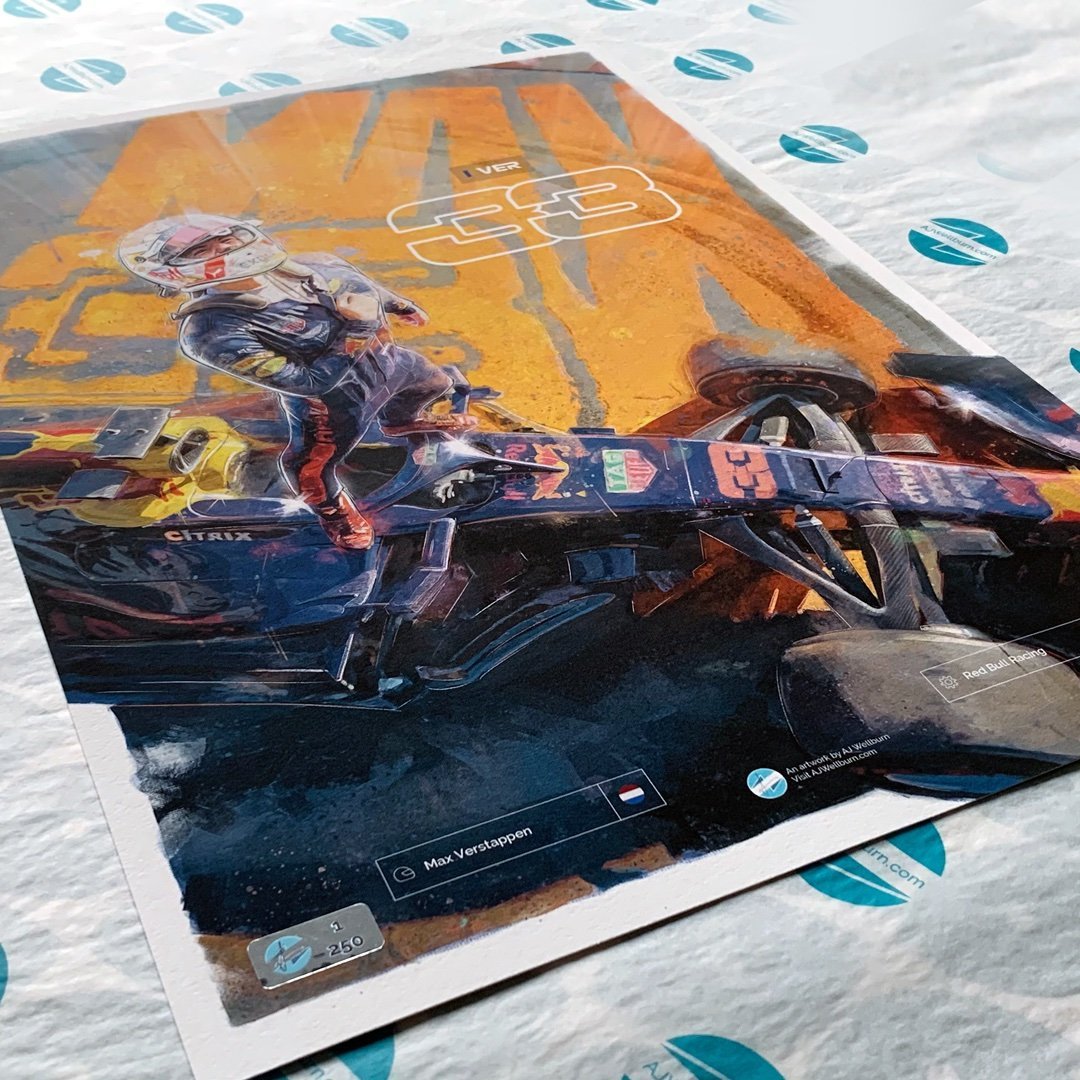 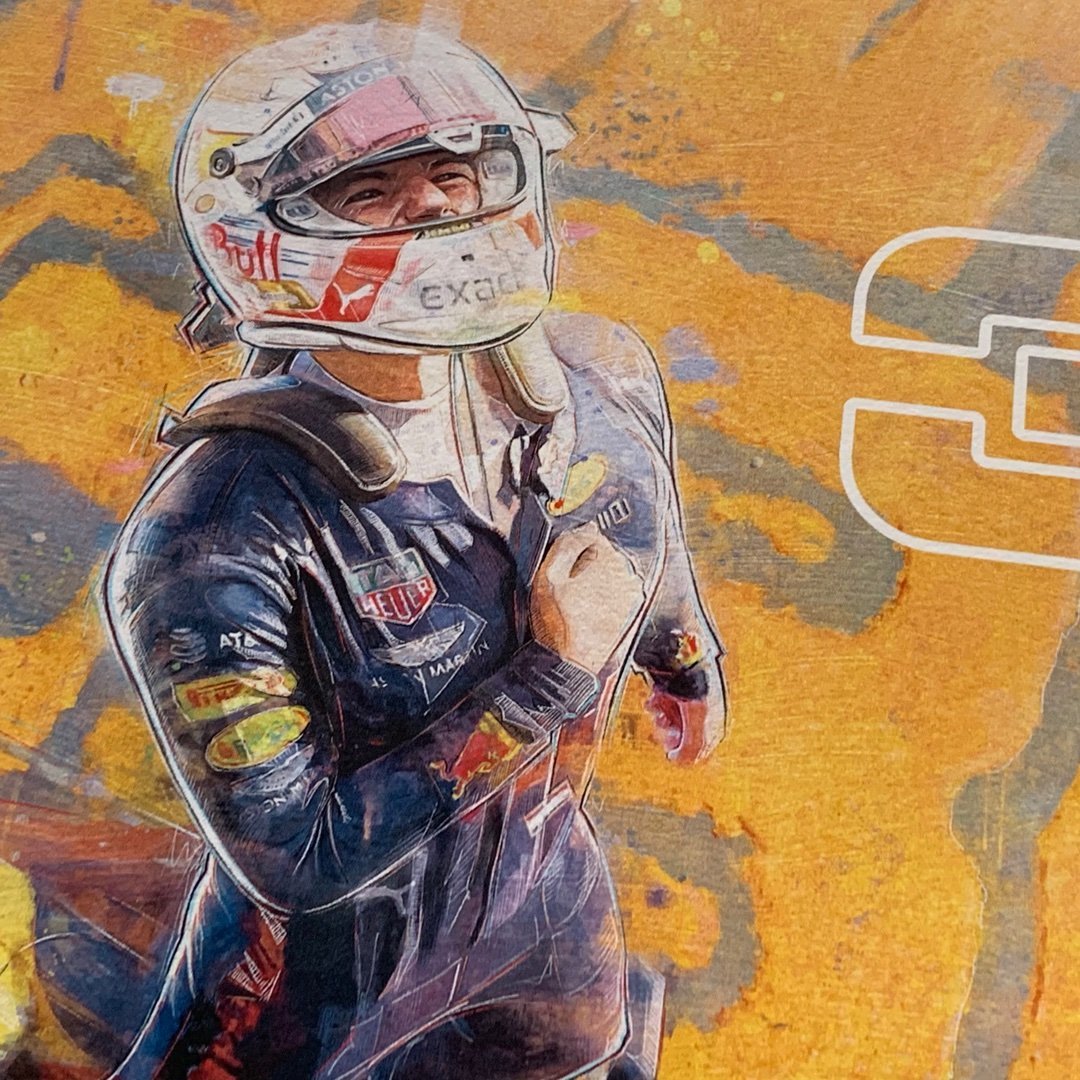 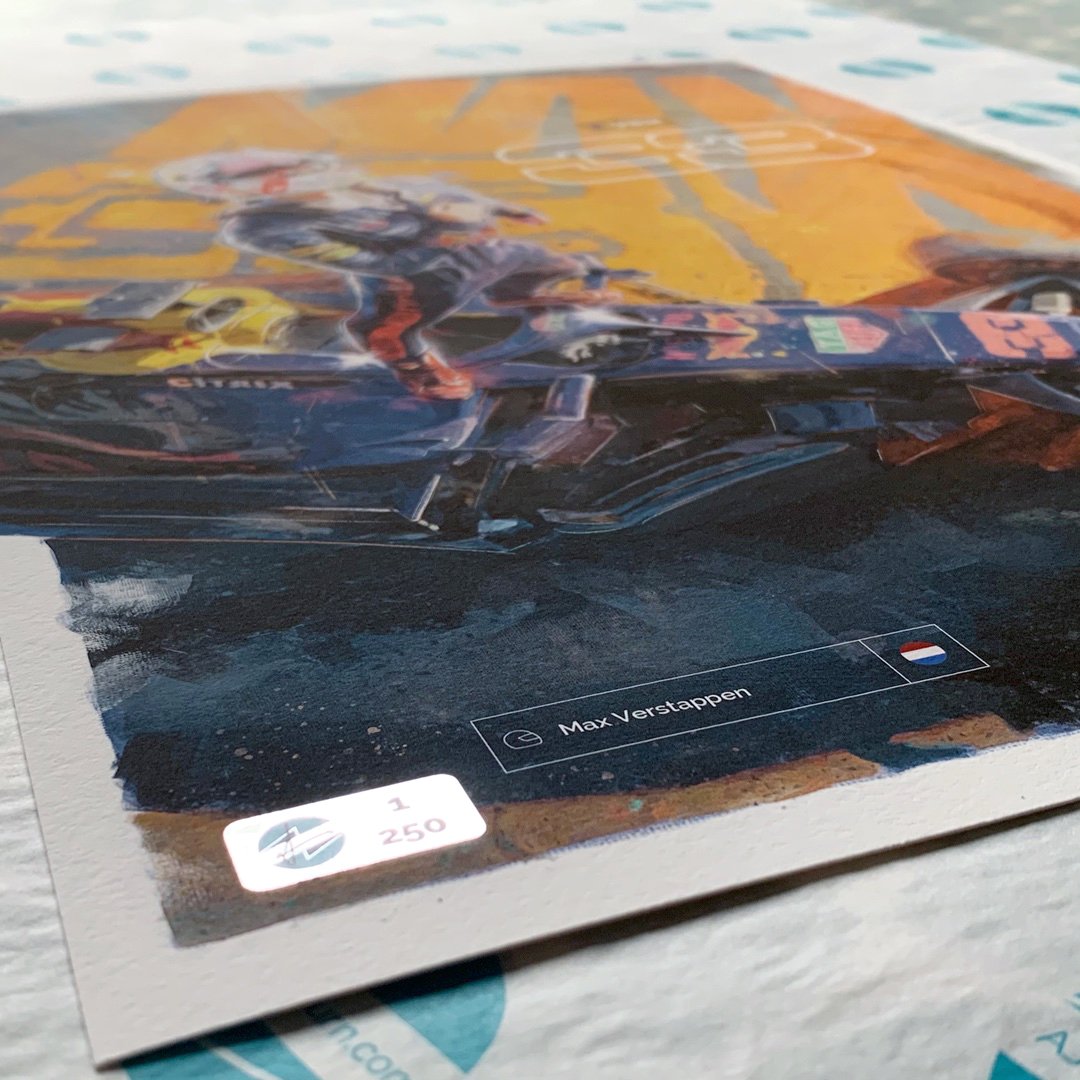 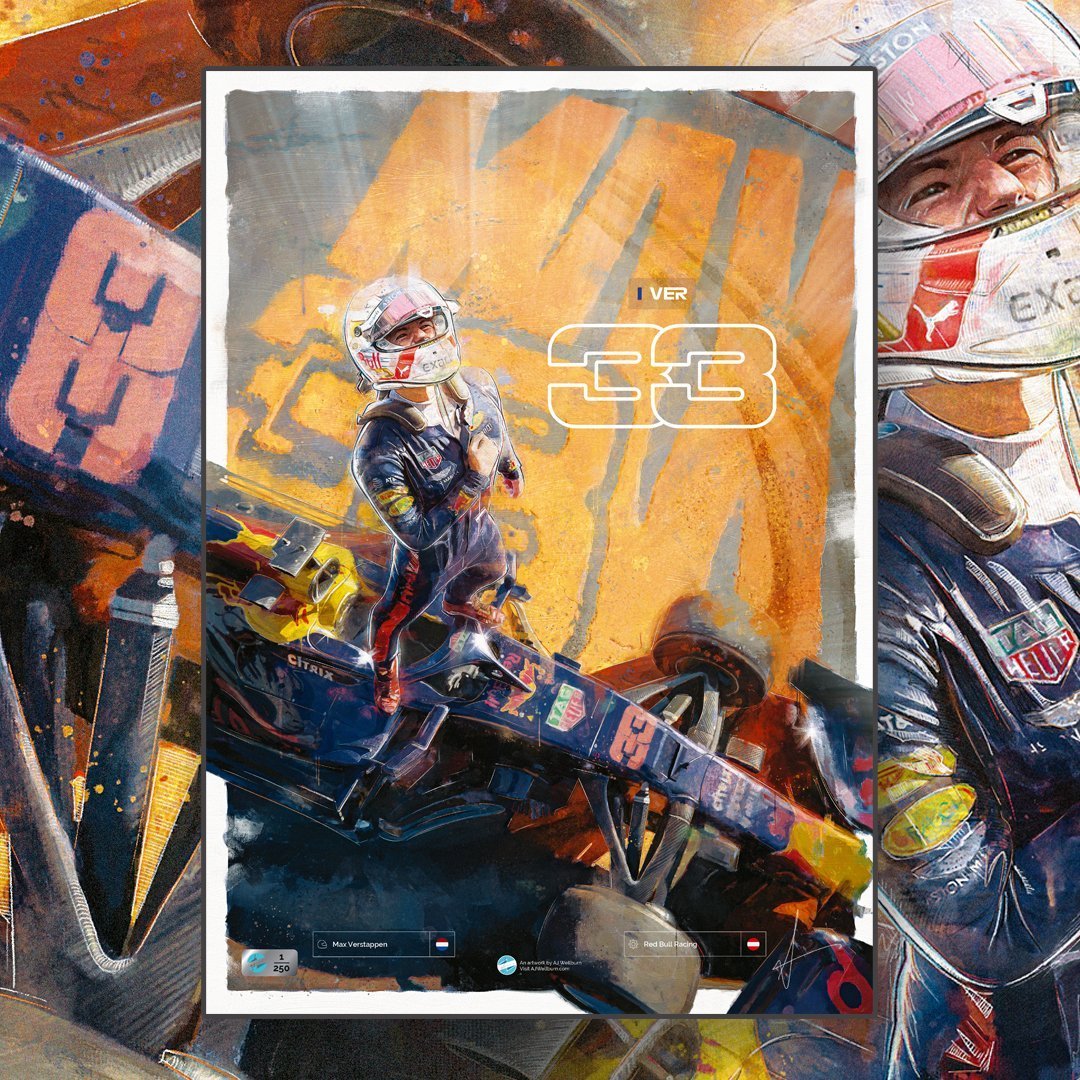 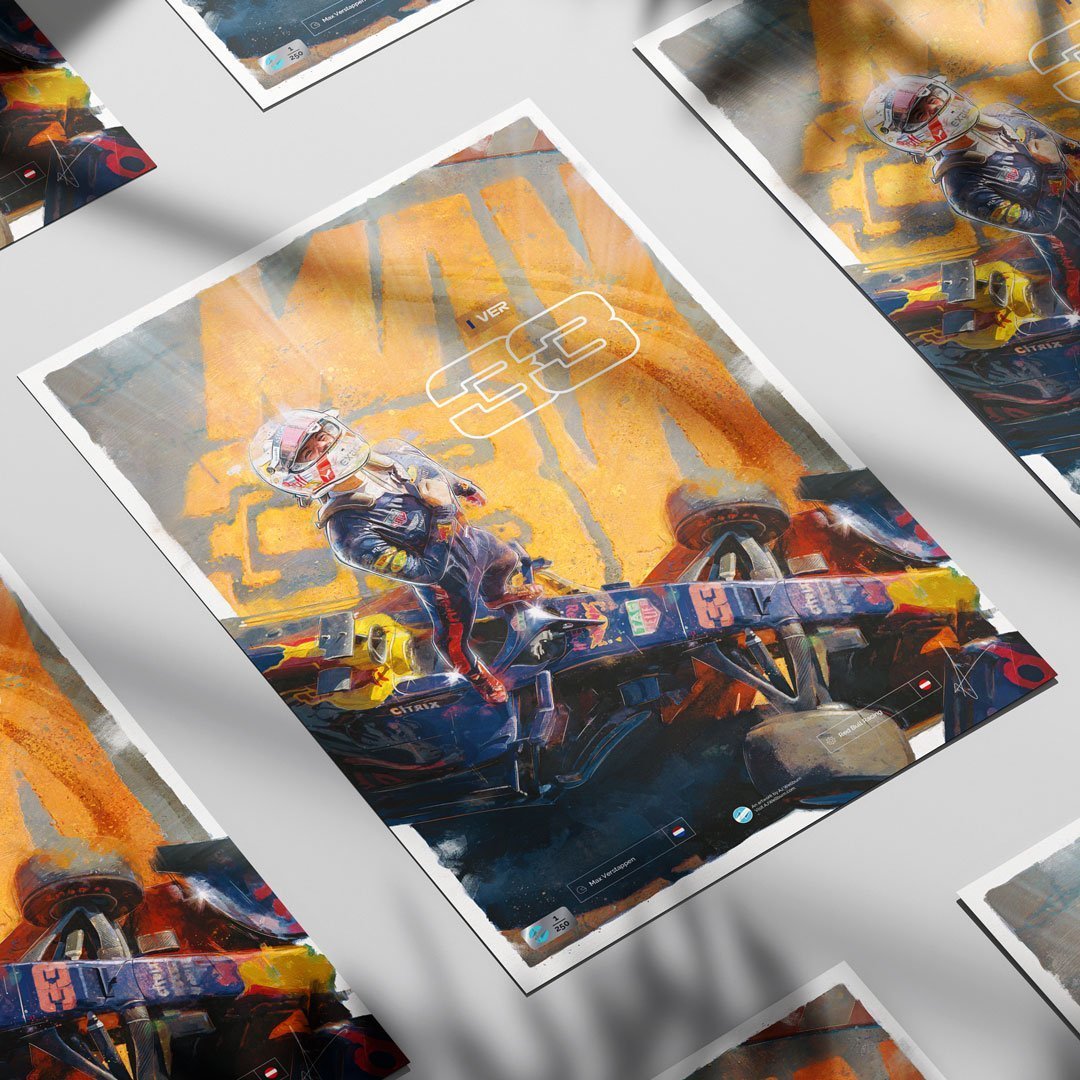 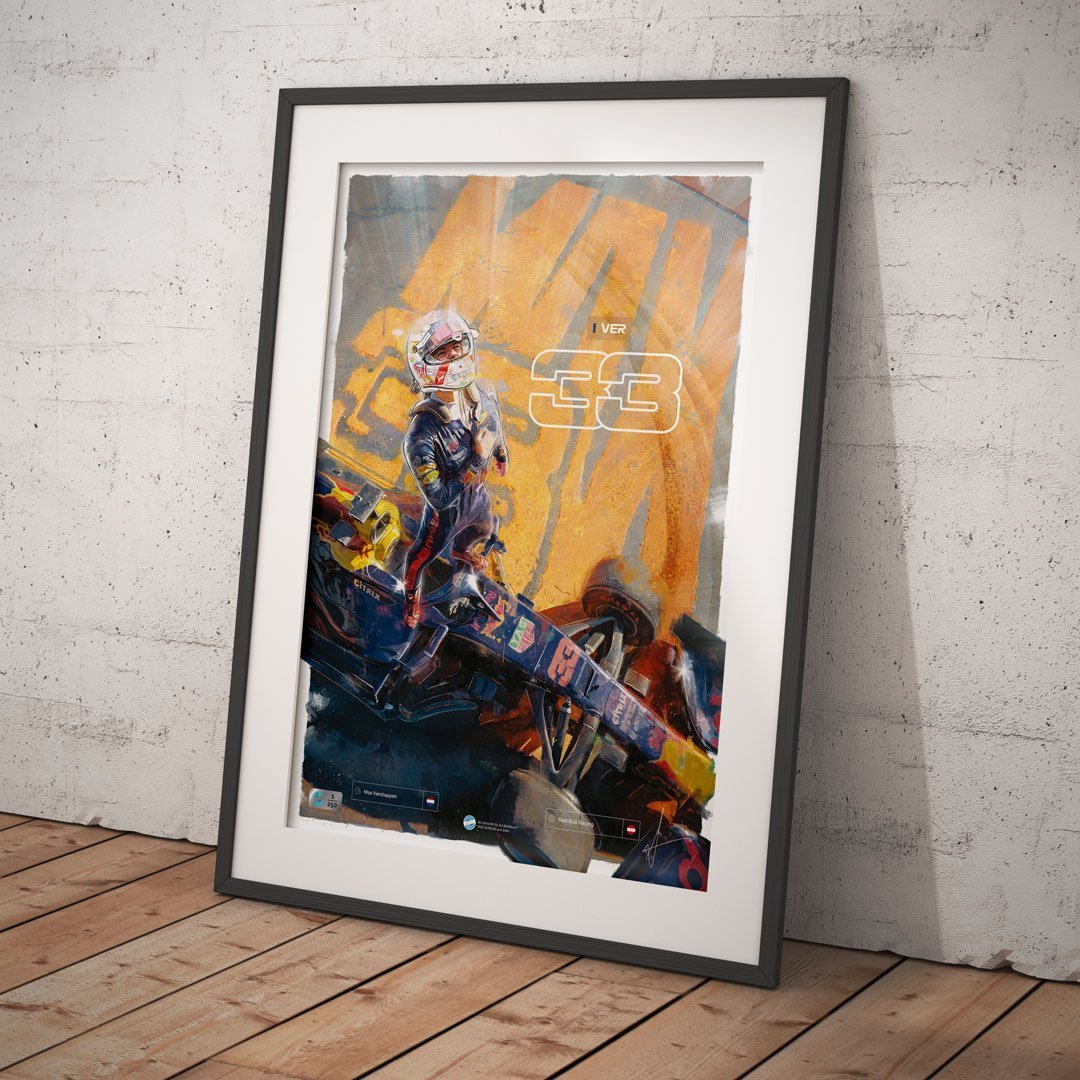 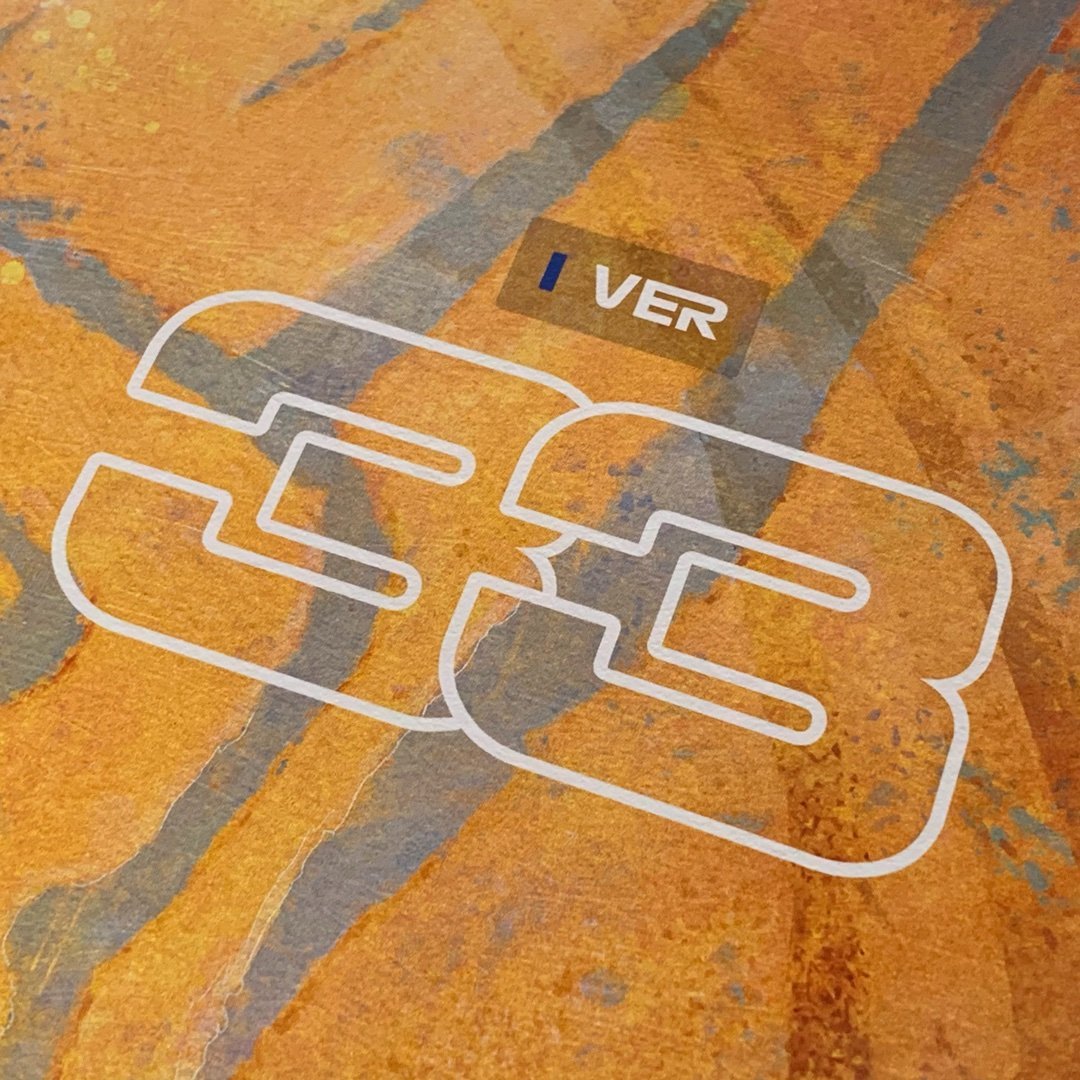 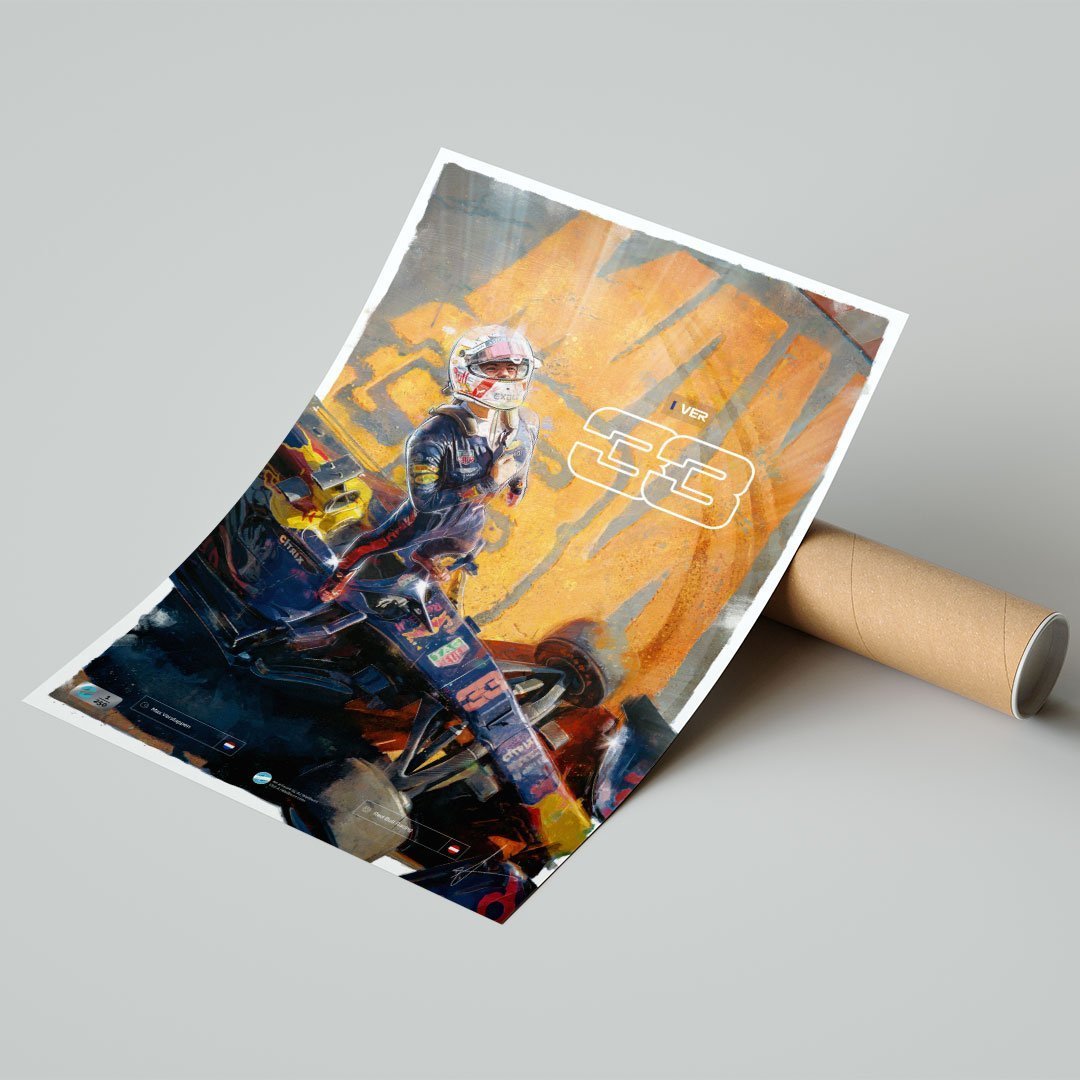 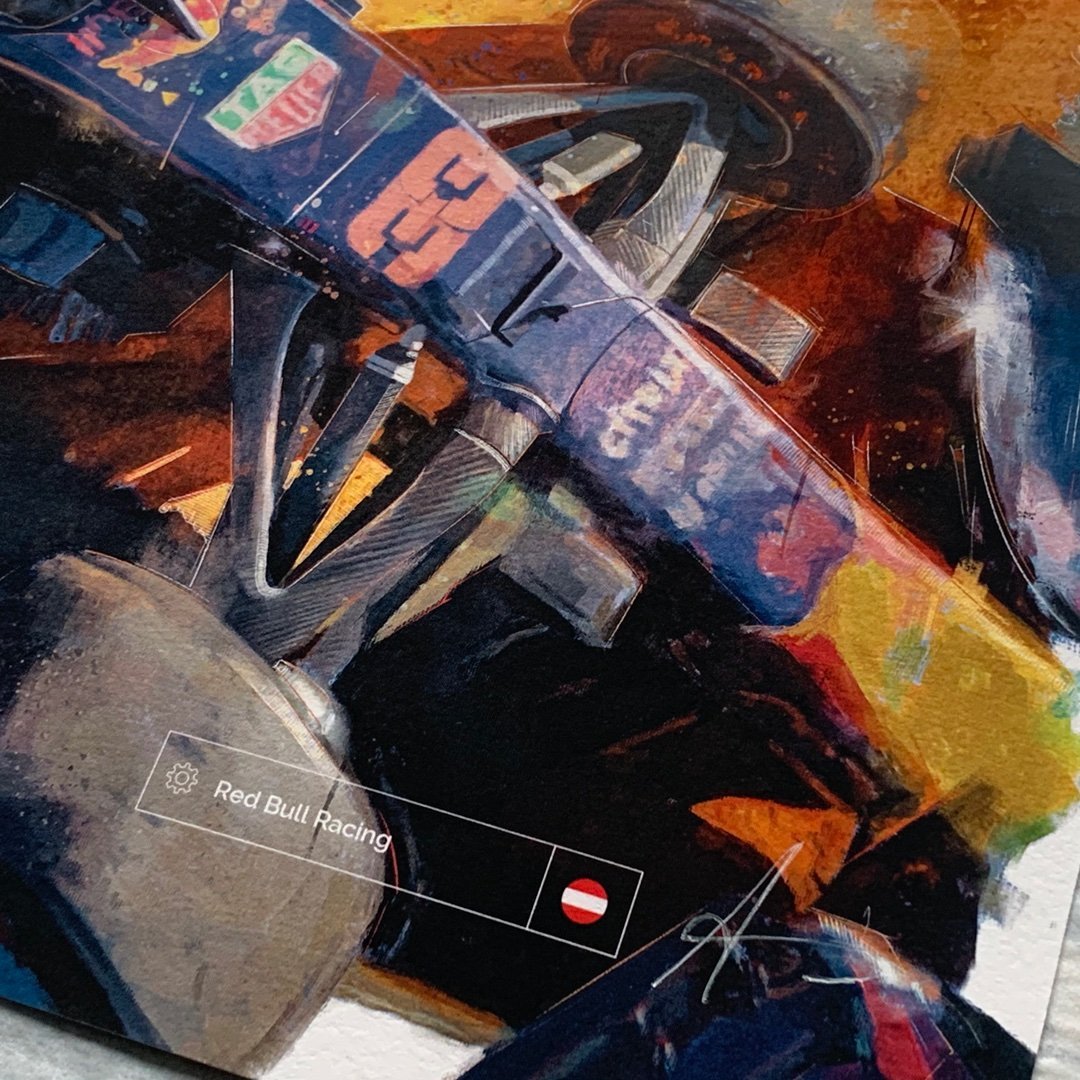 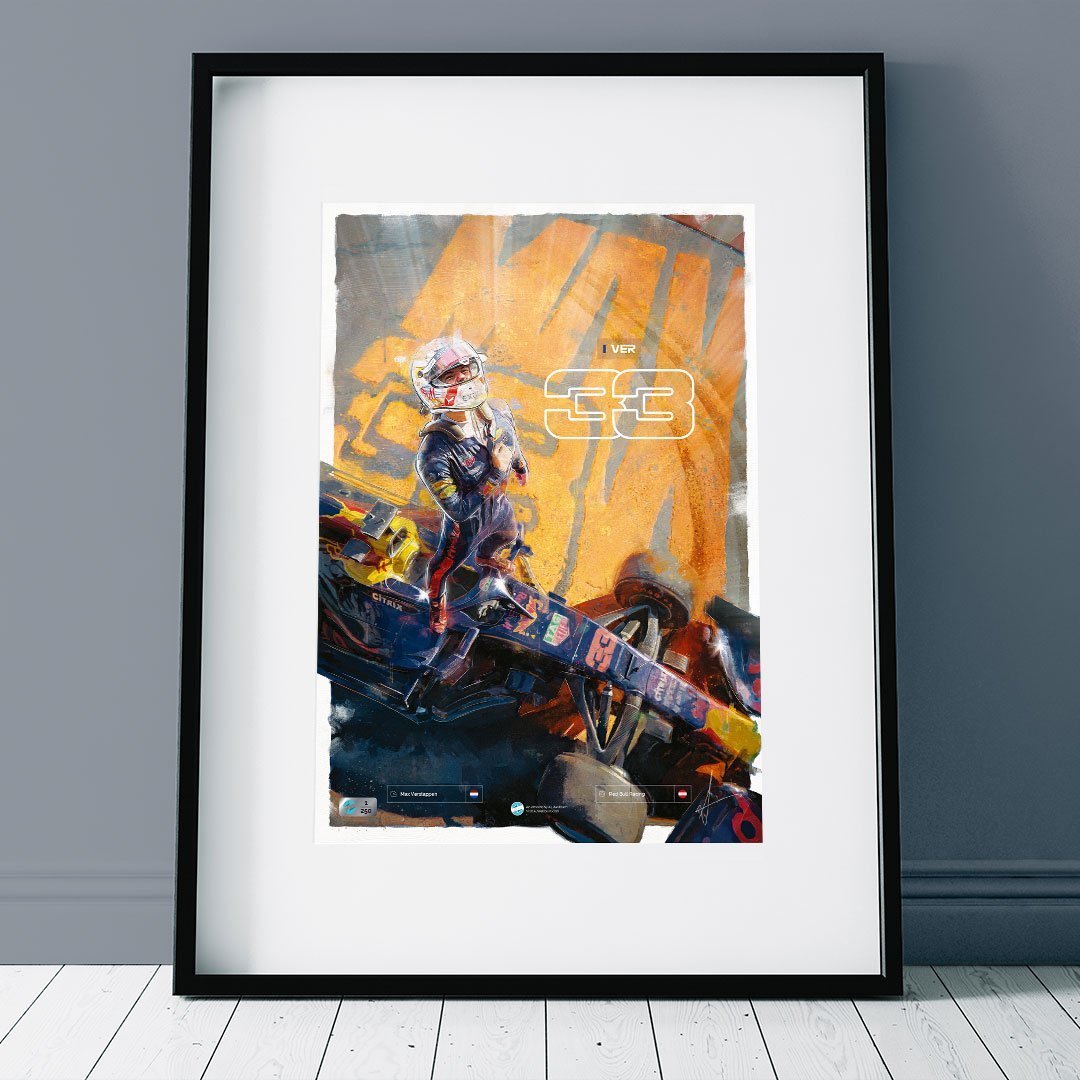 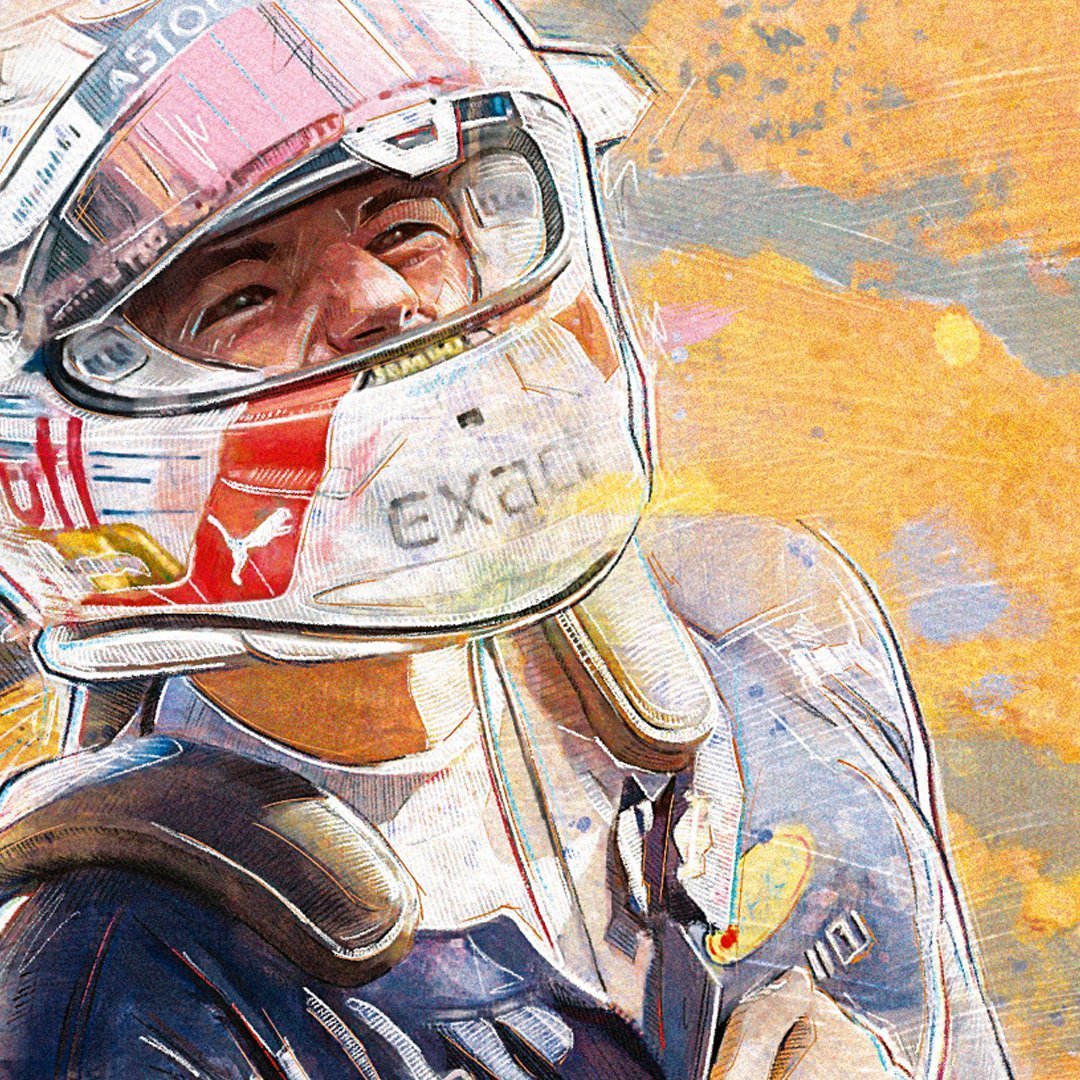 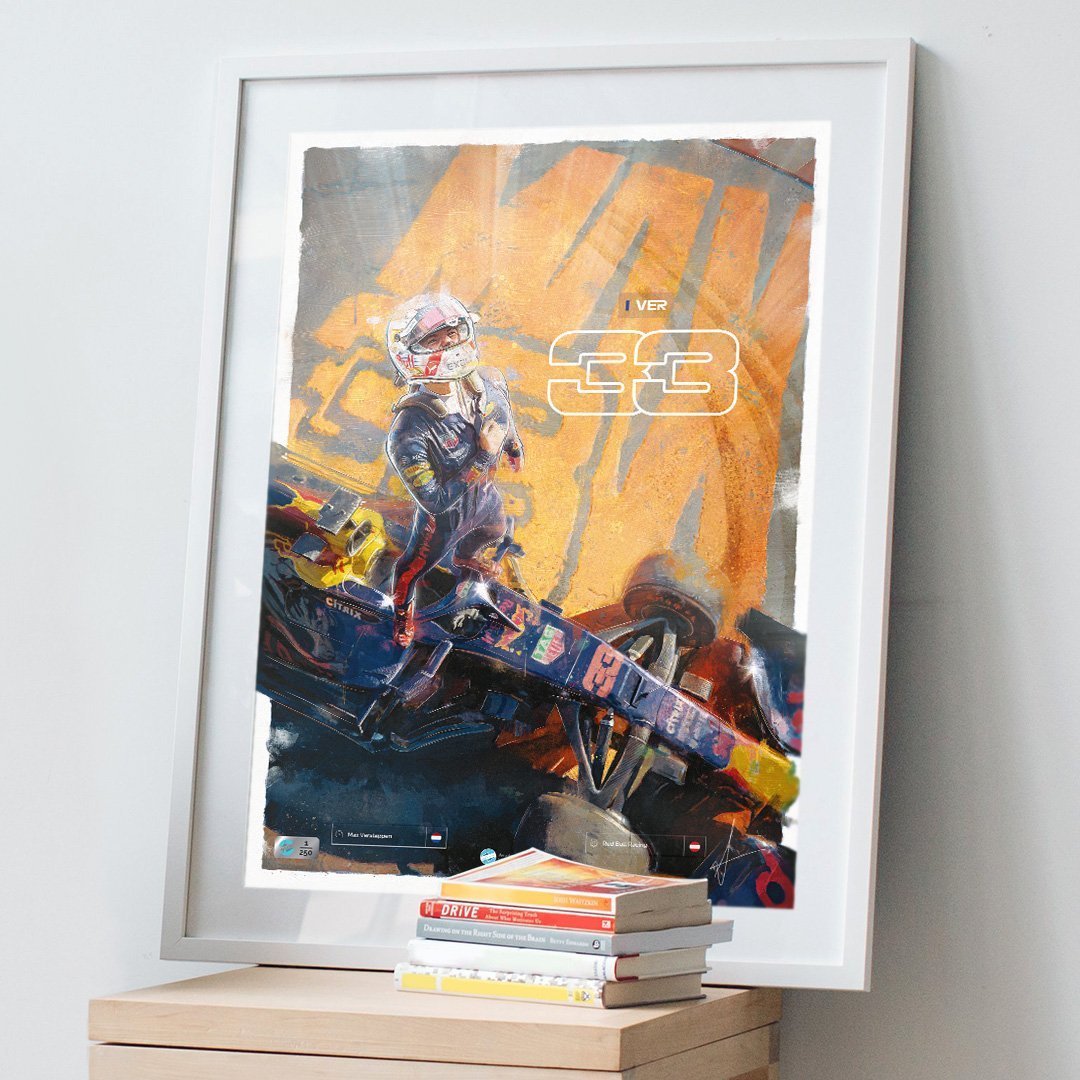 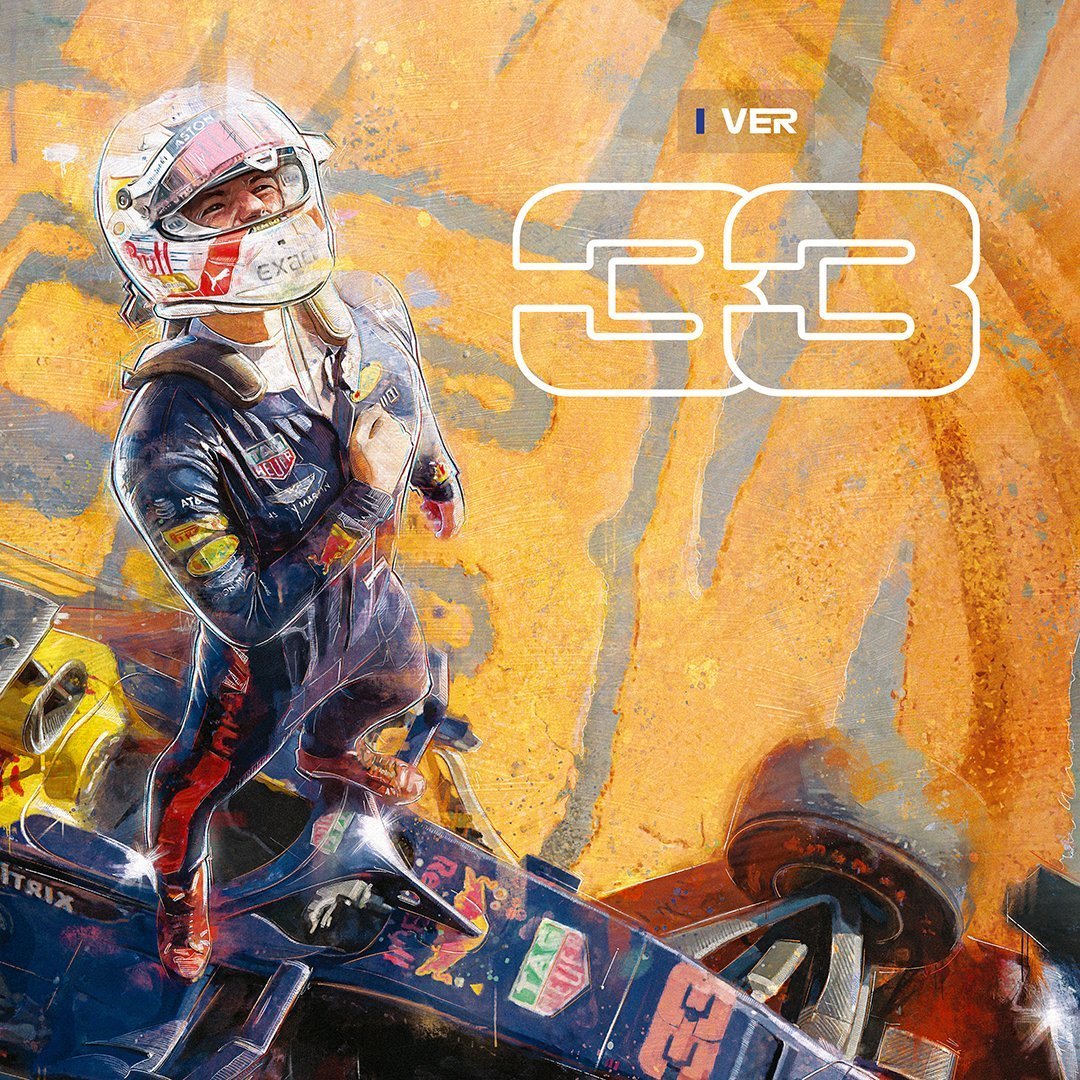 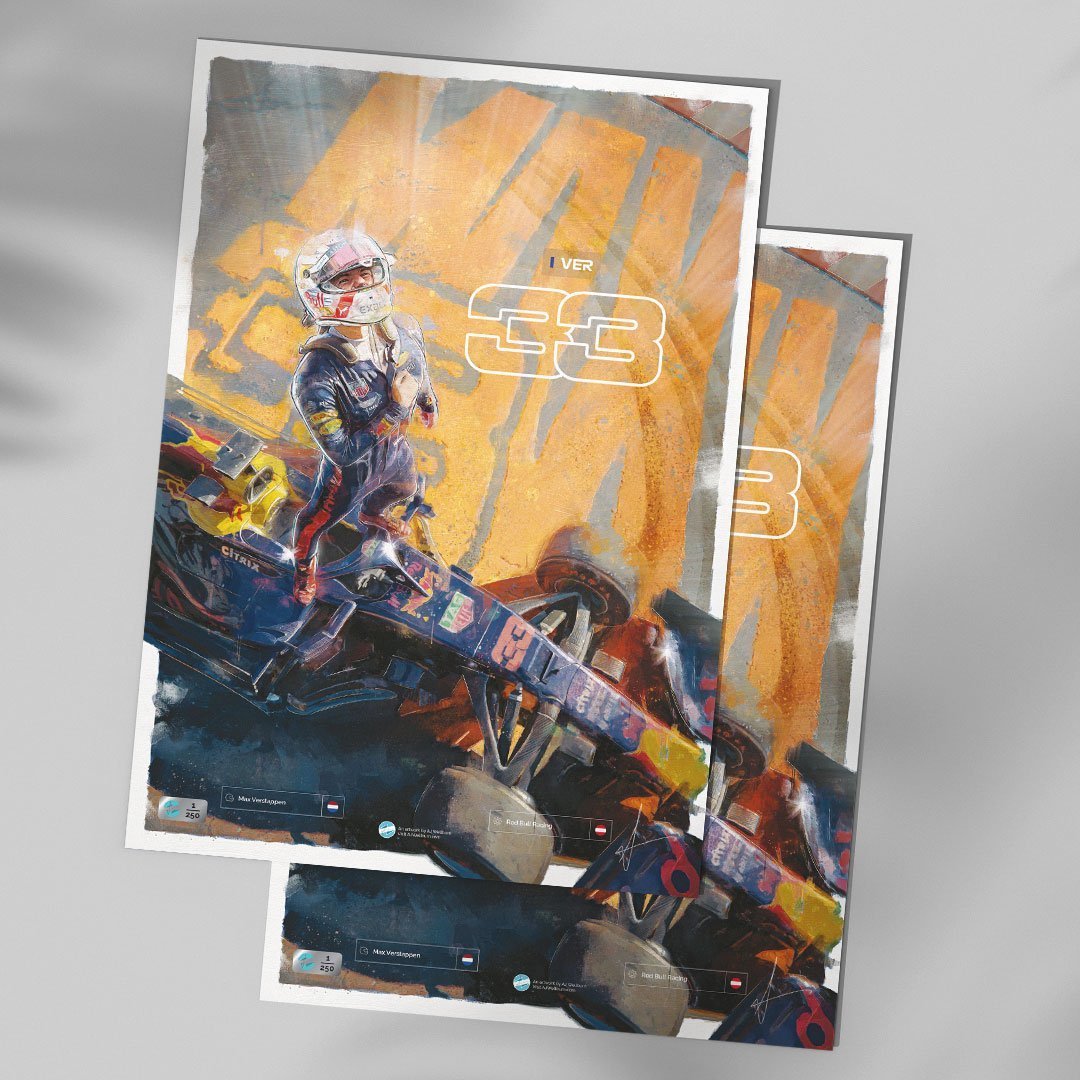 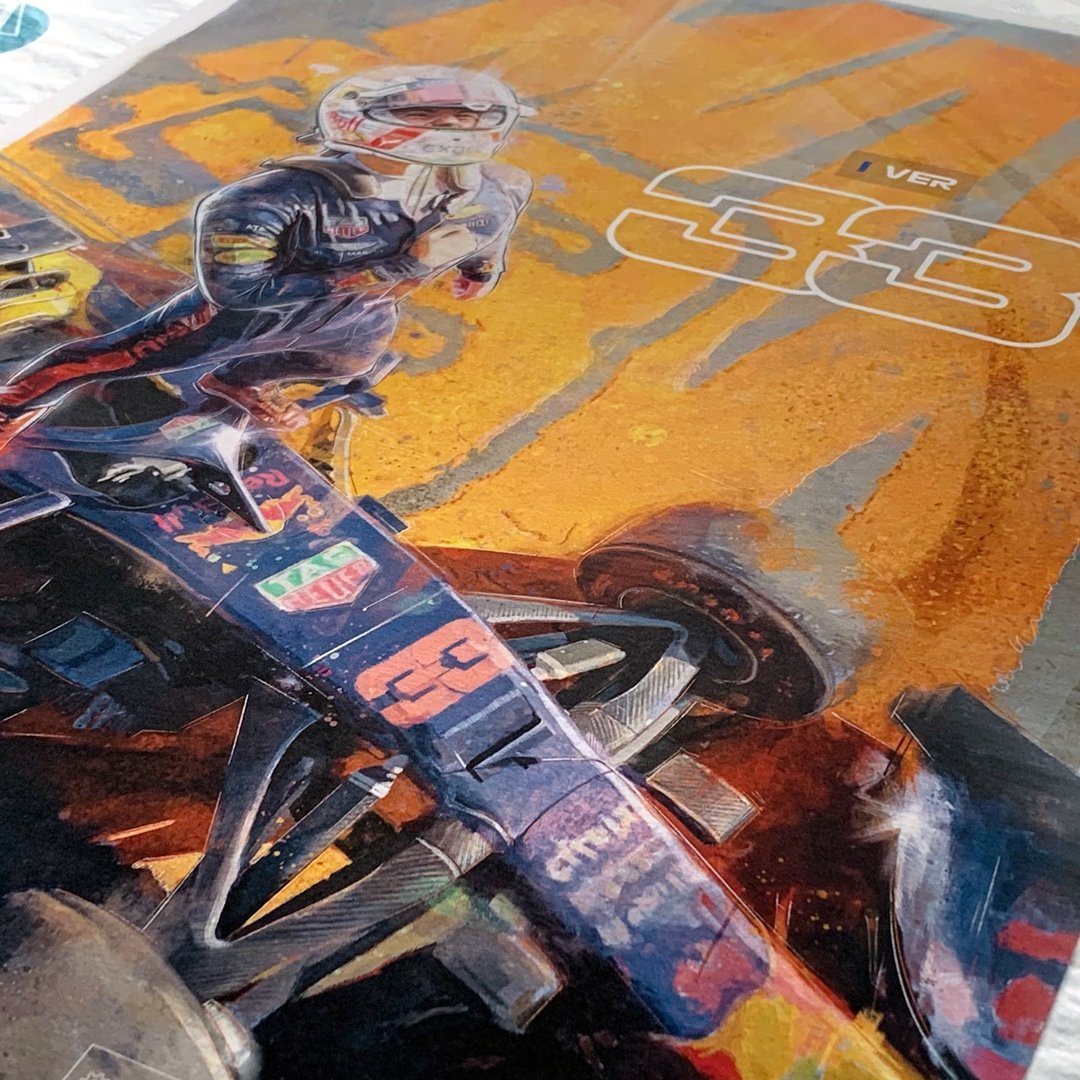 This Exclusive Max Verstappen rare limited edition numbers. The Unique and original digital fine art painting will clearly show its number and the number produced in the run. The work is a professionally printed giclee print on Hahnemühle Photo Rag® 308gsm and is an A3 print measuring 29.7 x 42.0 cm (11.69 x 16.53 inches). It comes with a certificate of authenticity. Free UK shipping on orders above £40. 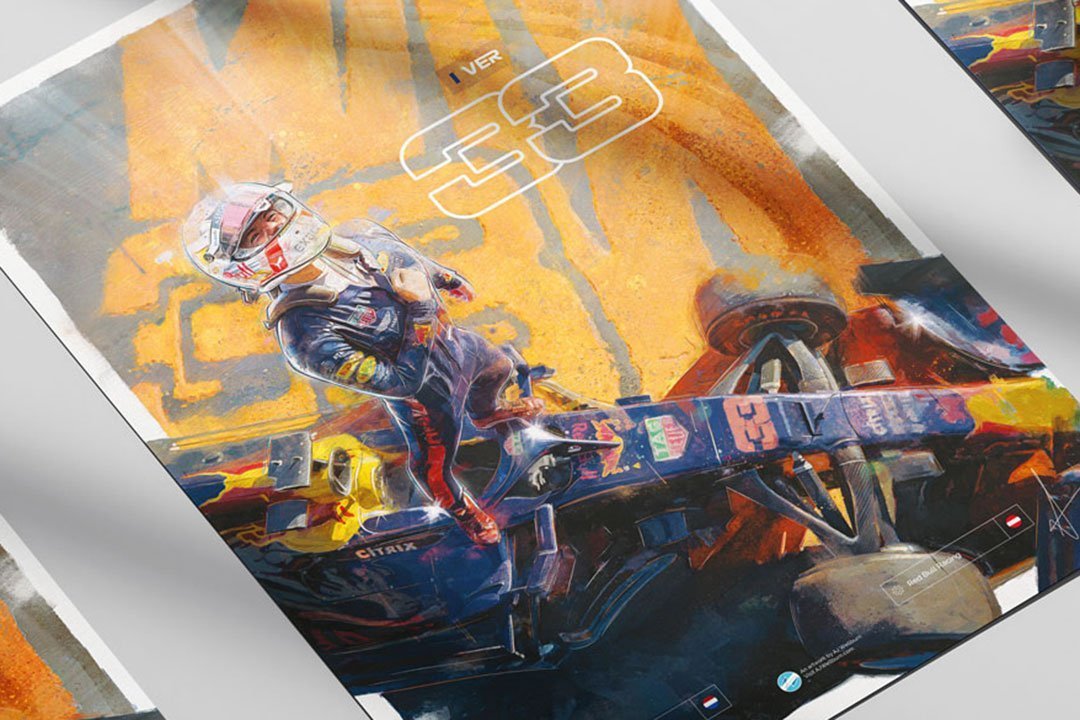 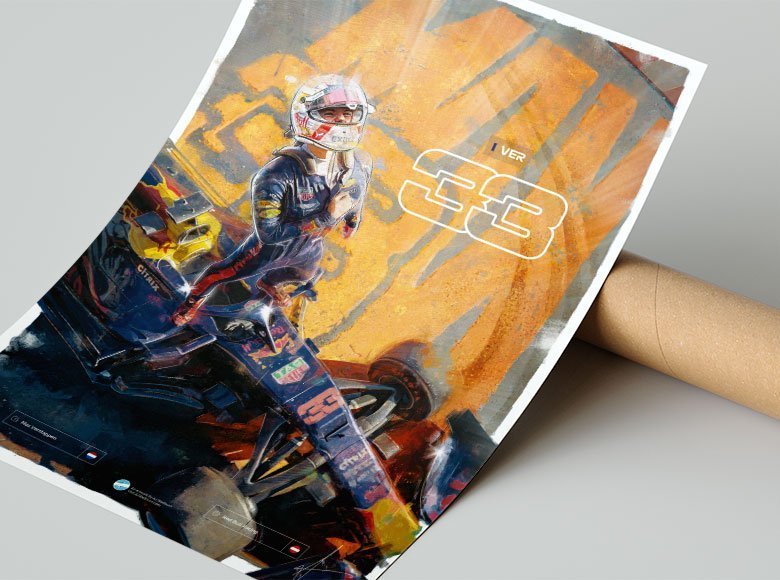