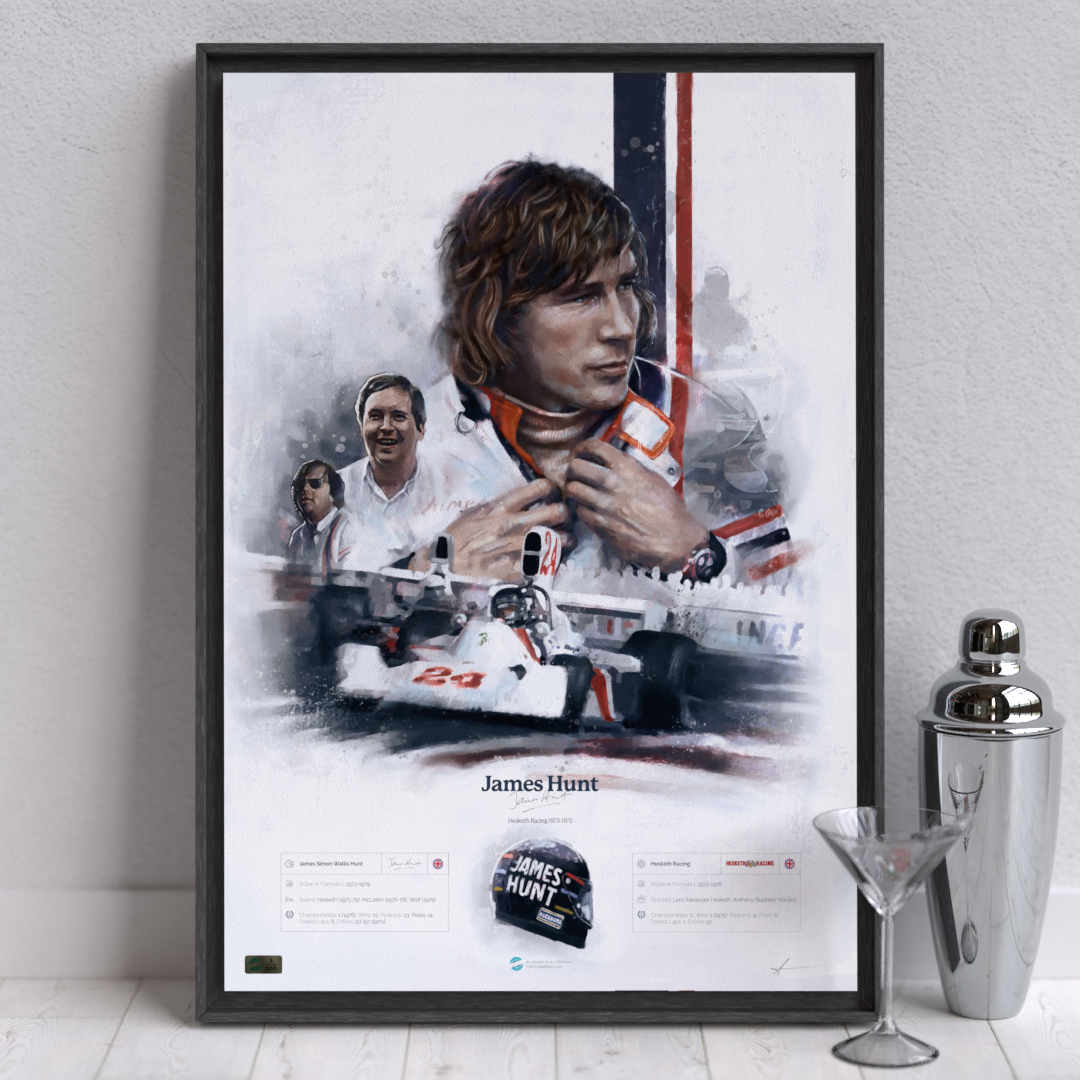 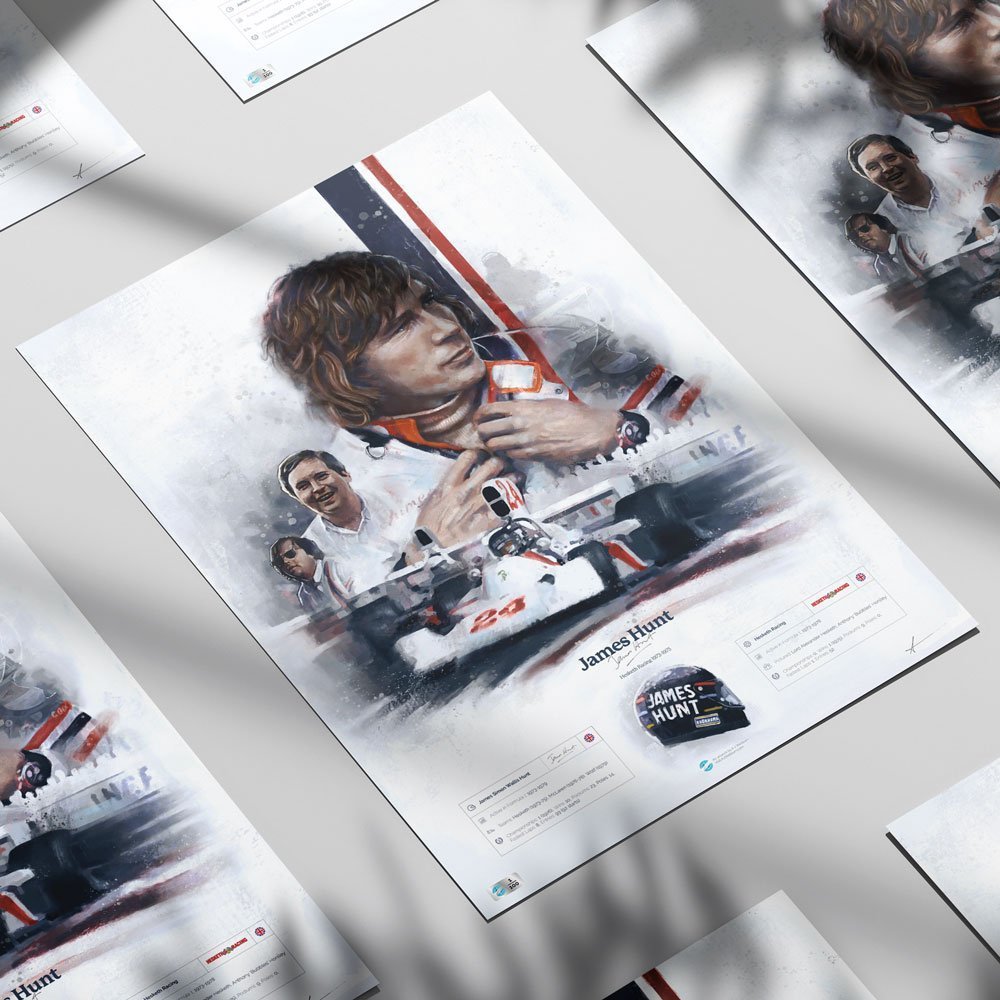 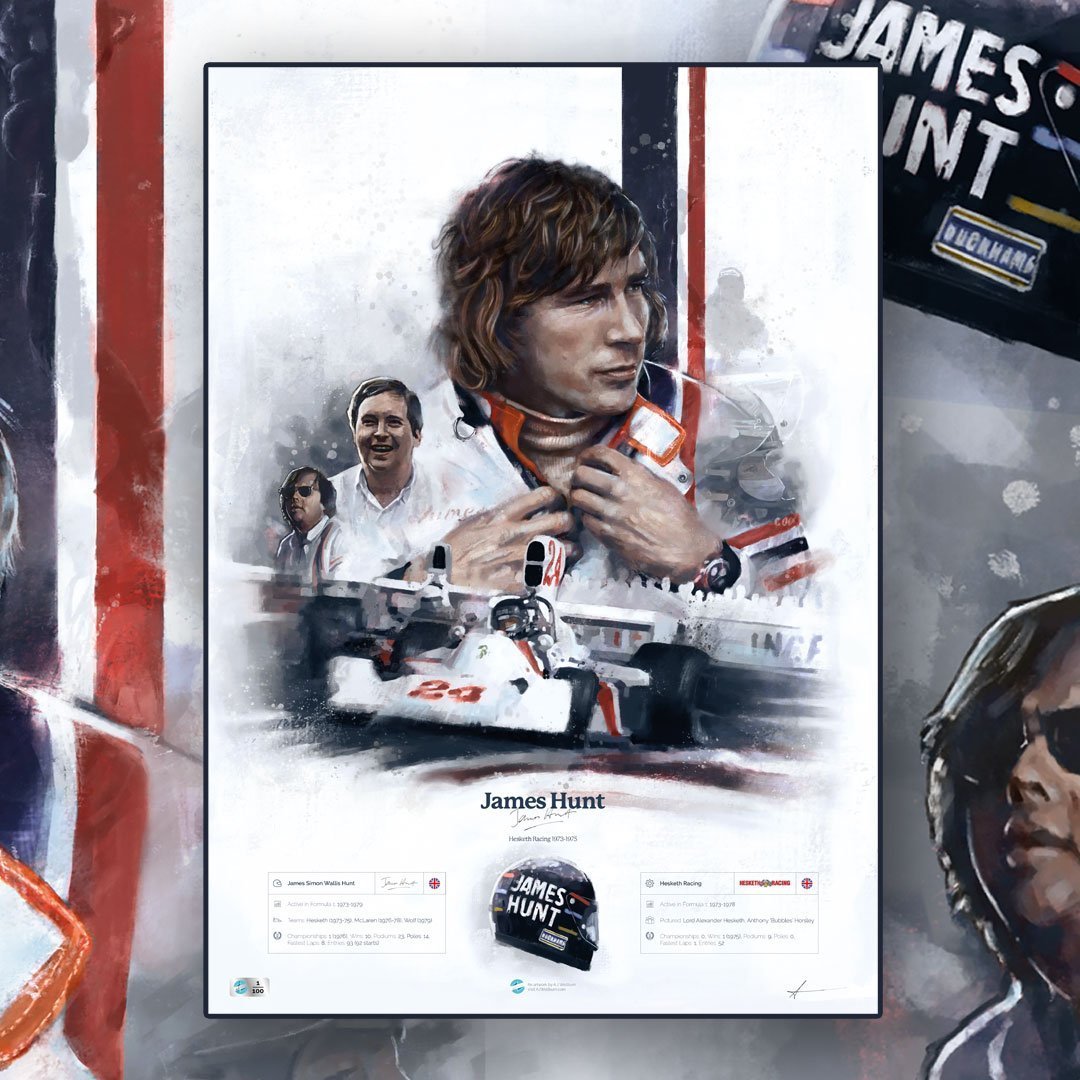 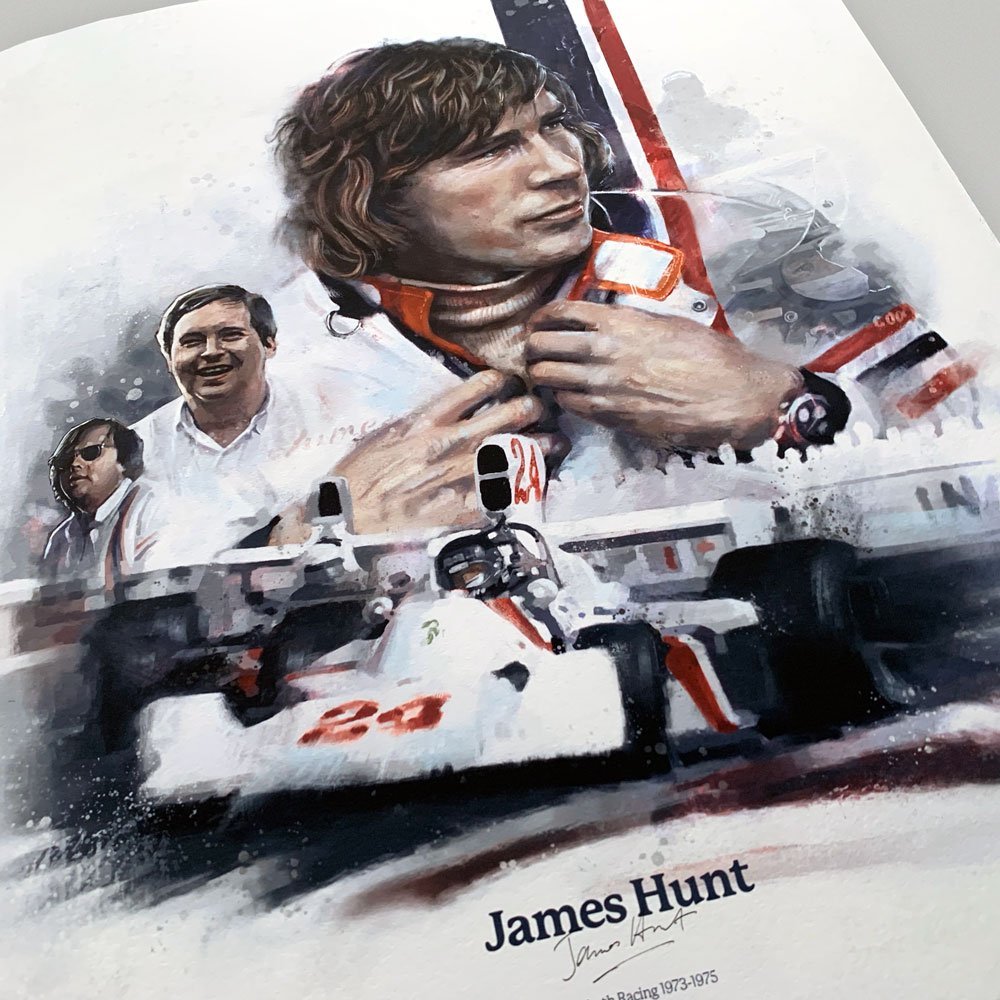 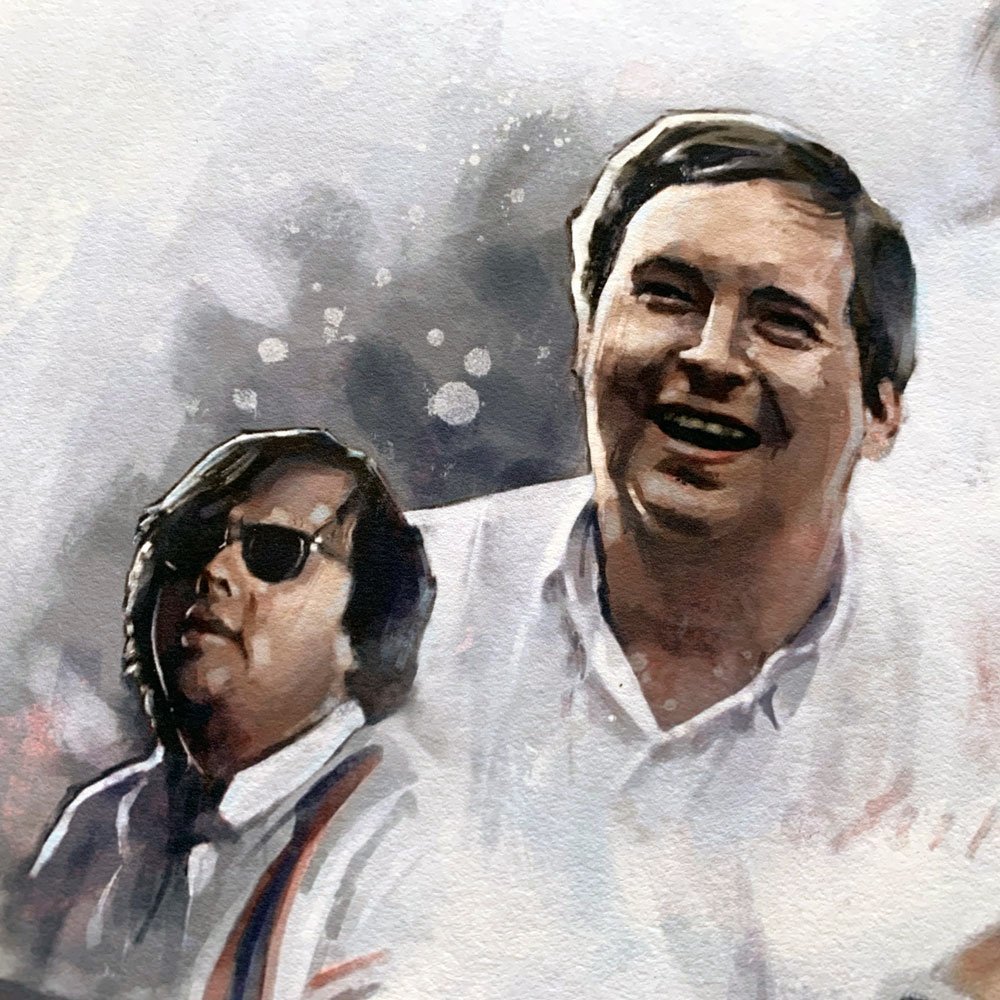 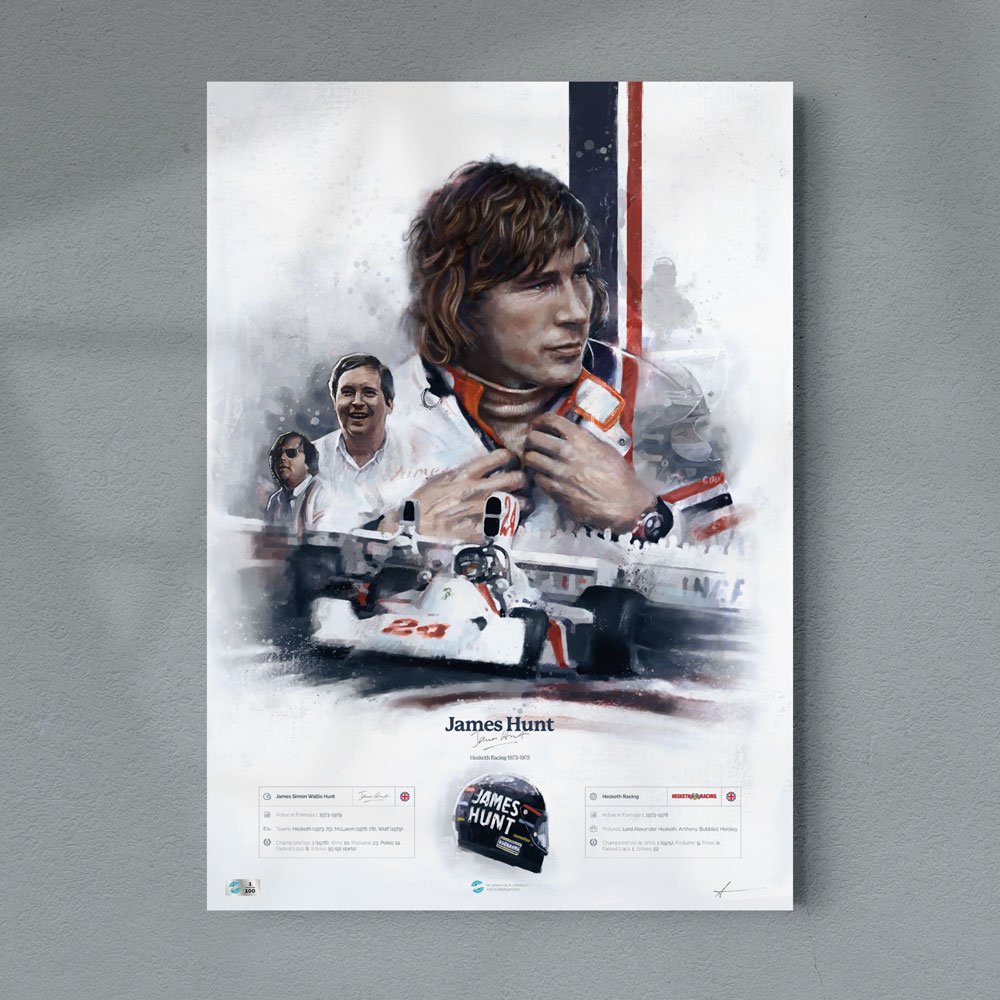 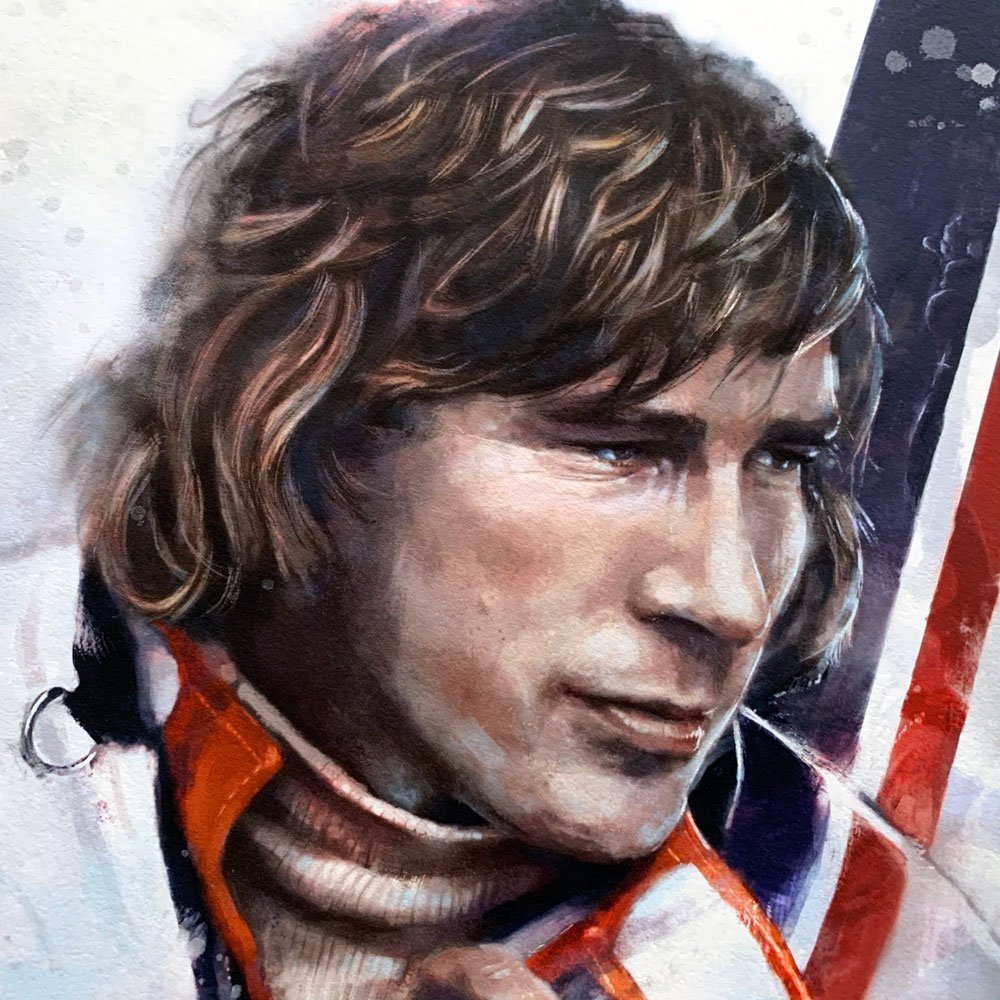 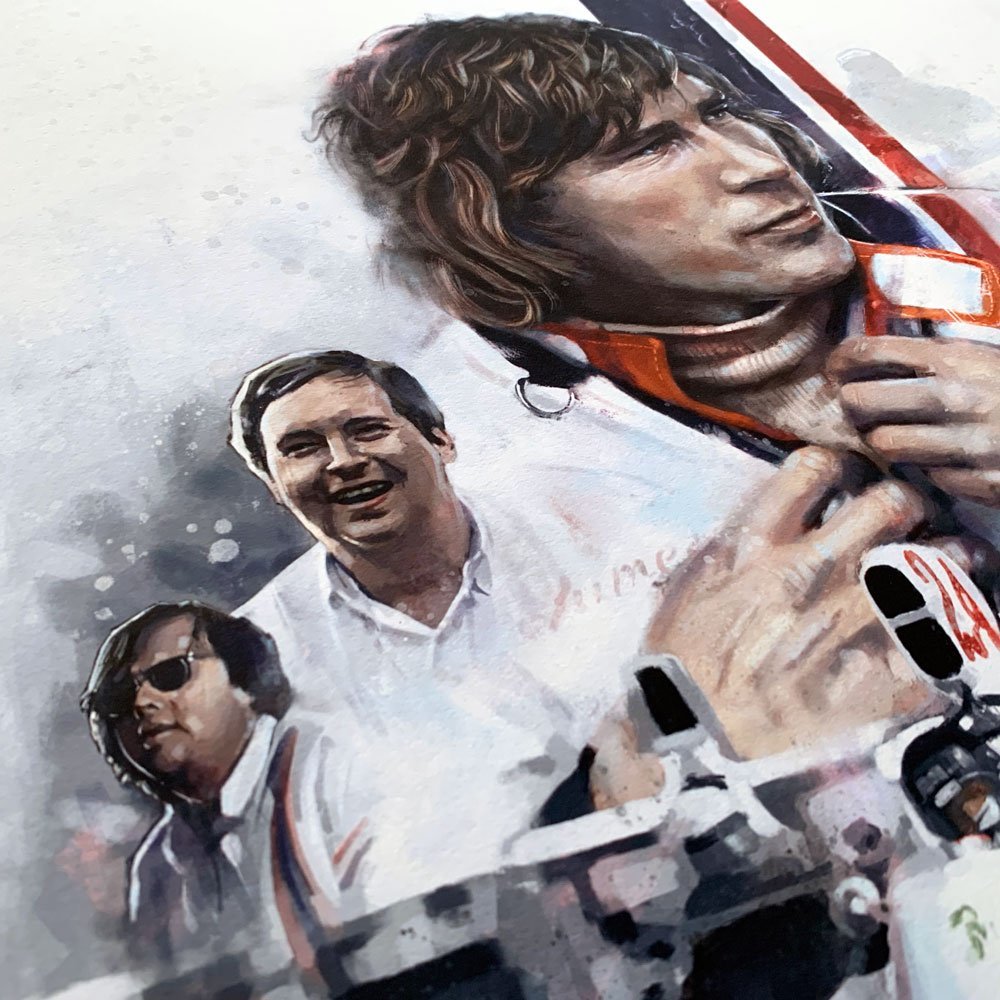 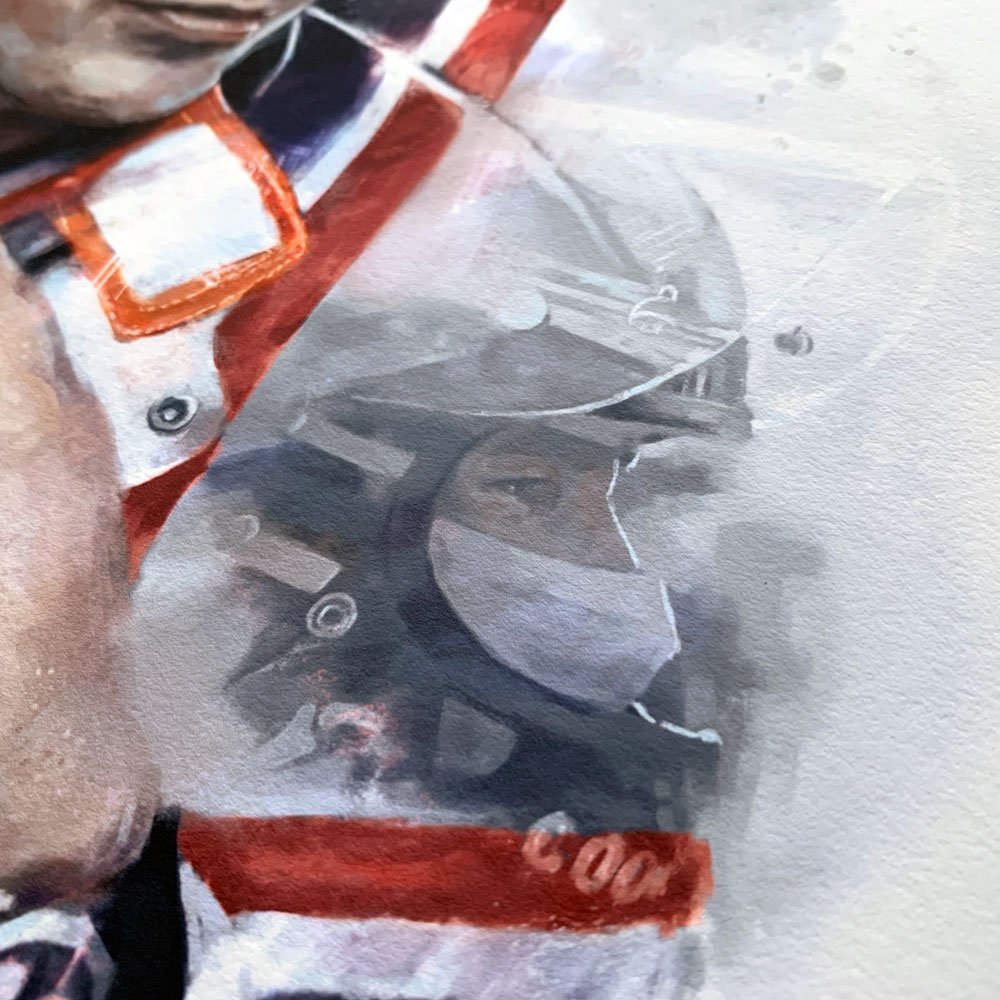 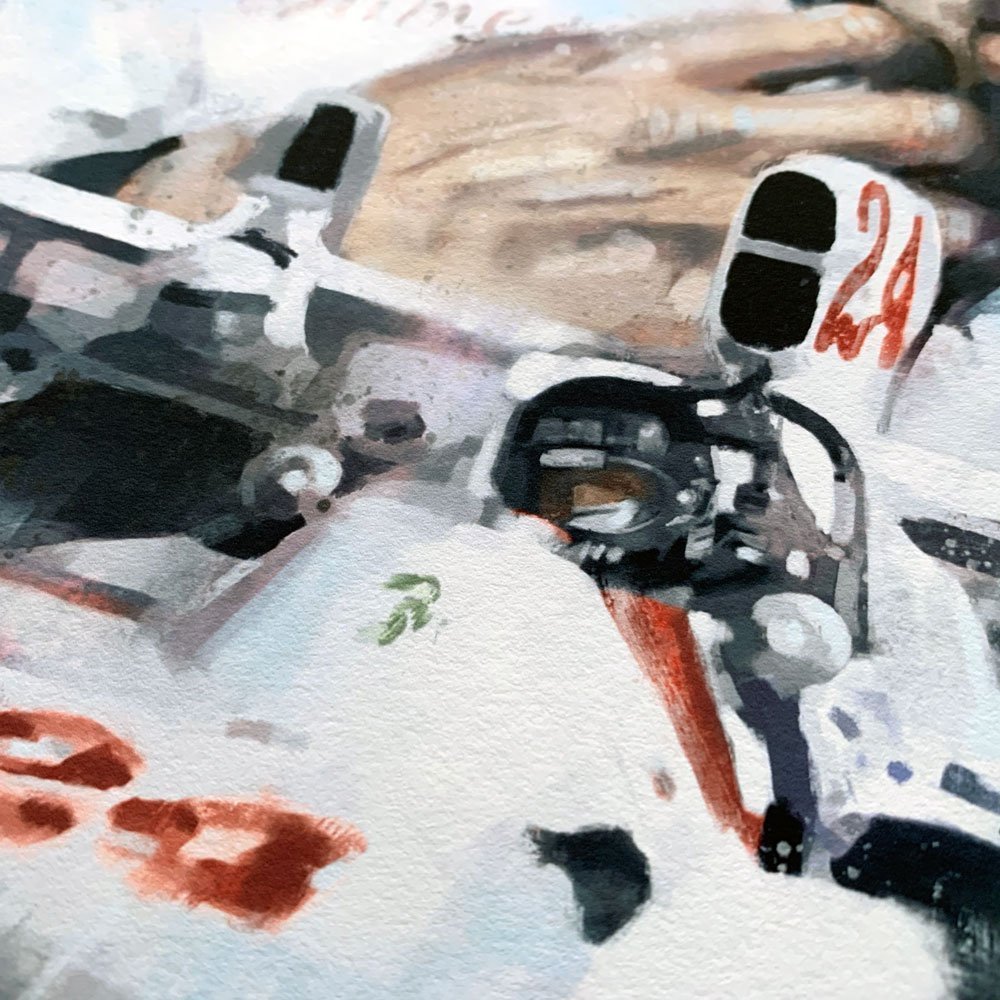 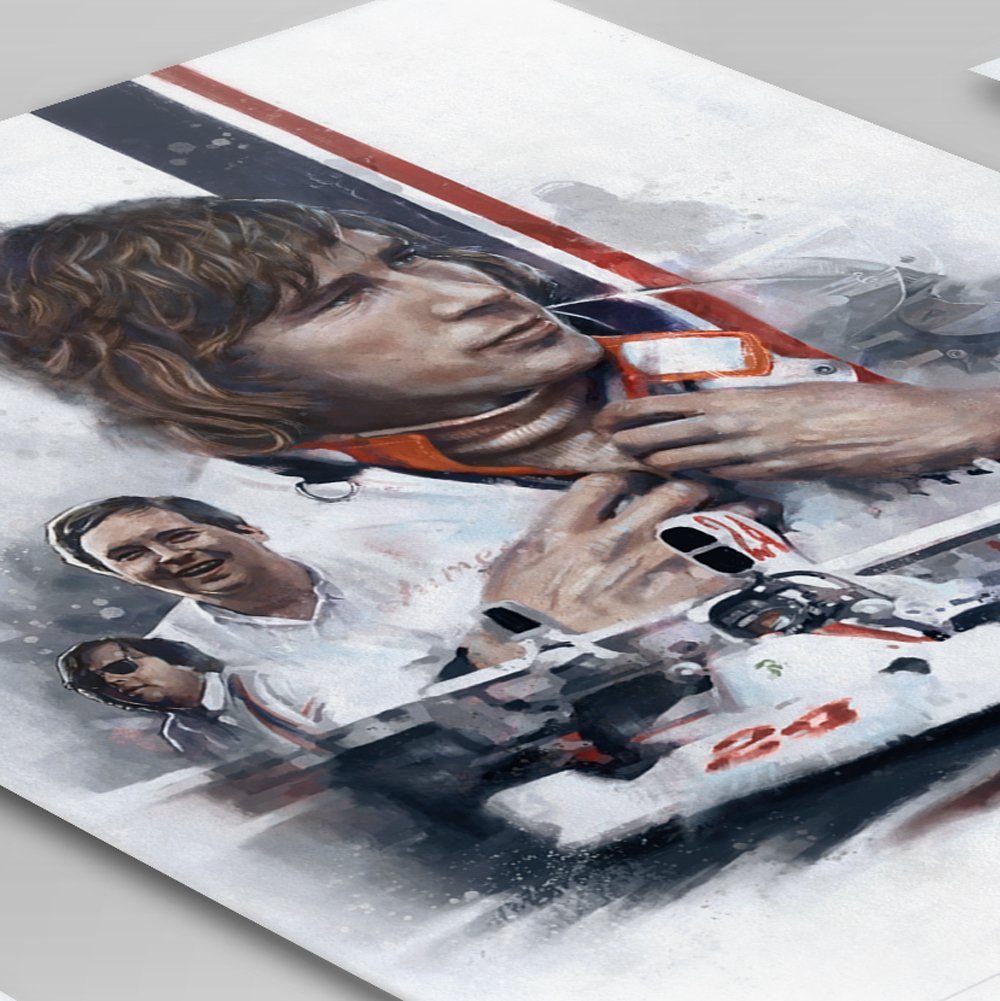 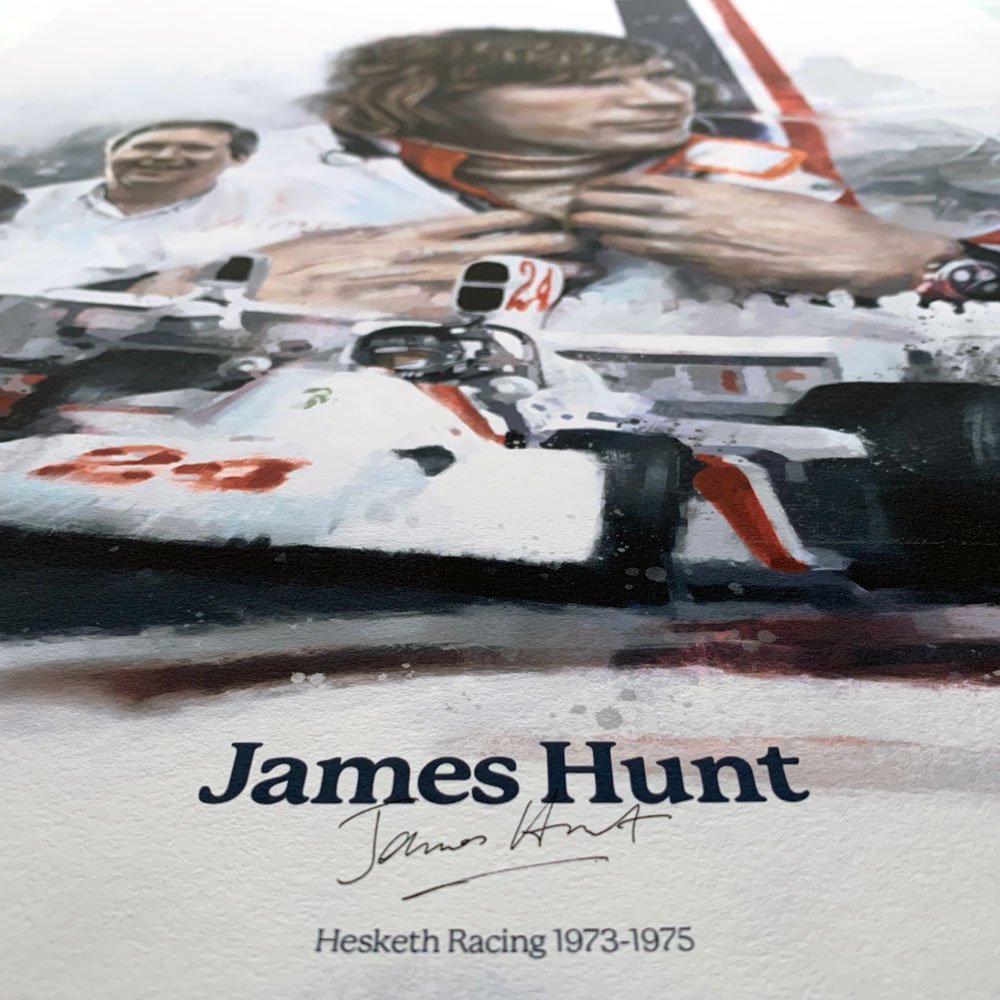 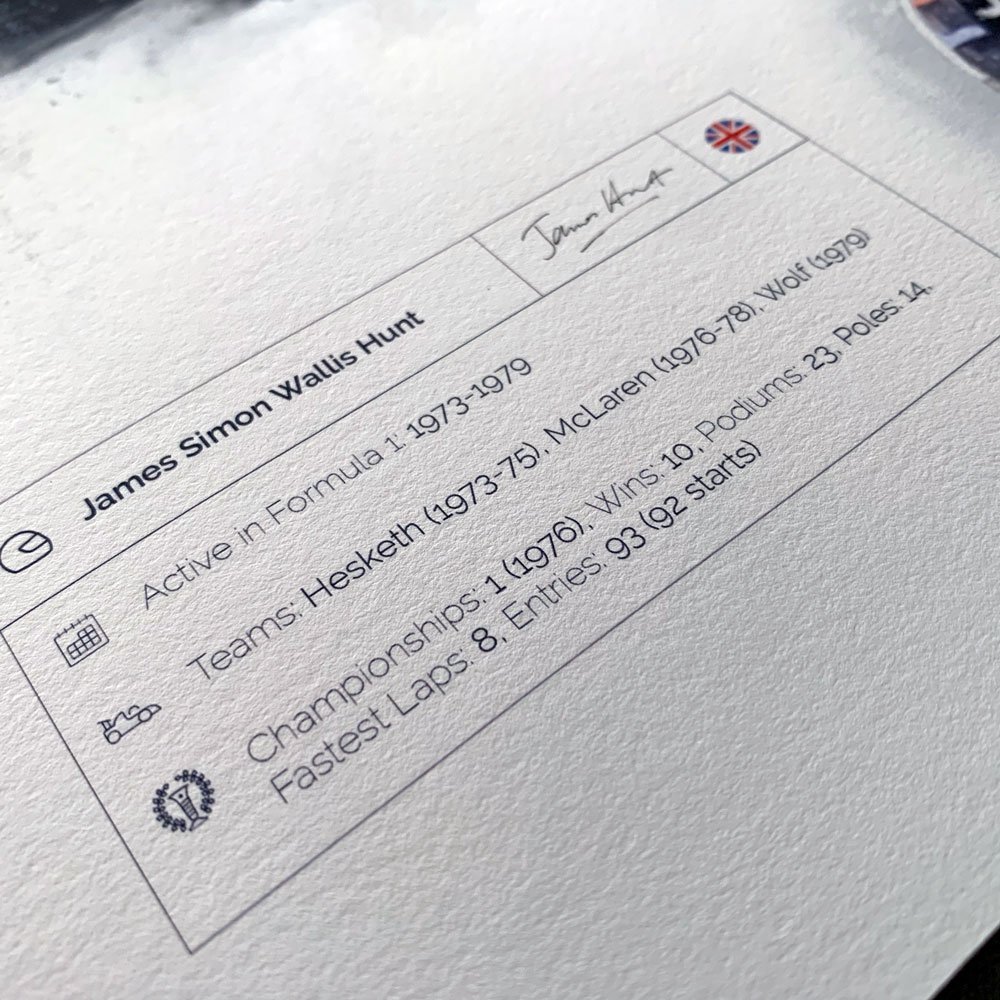 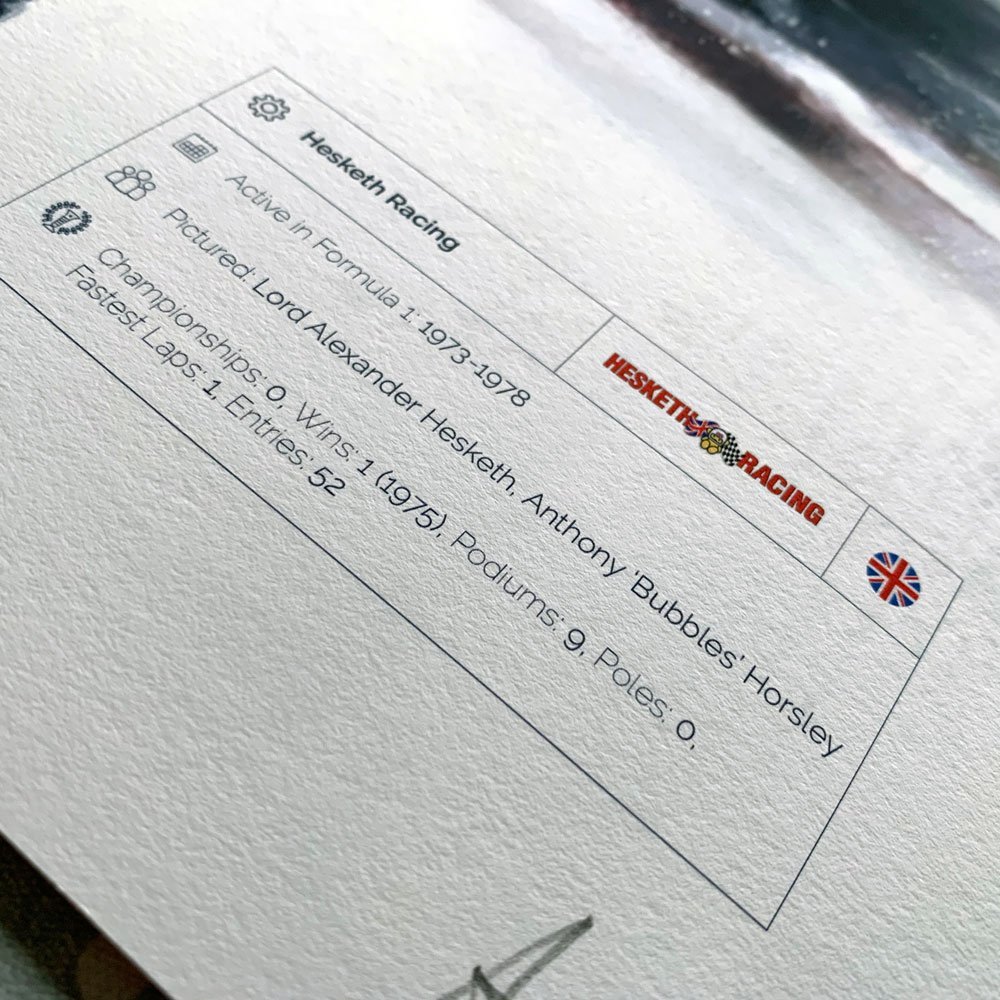 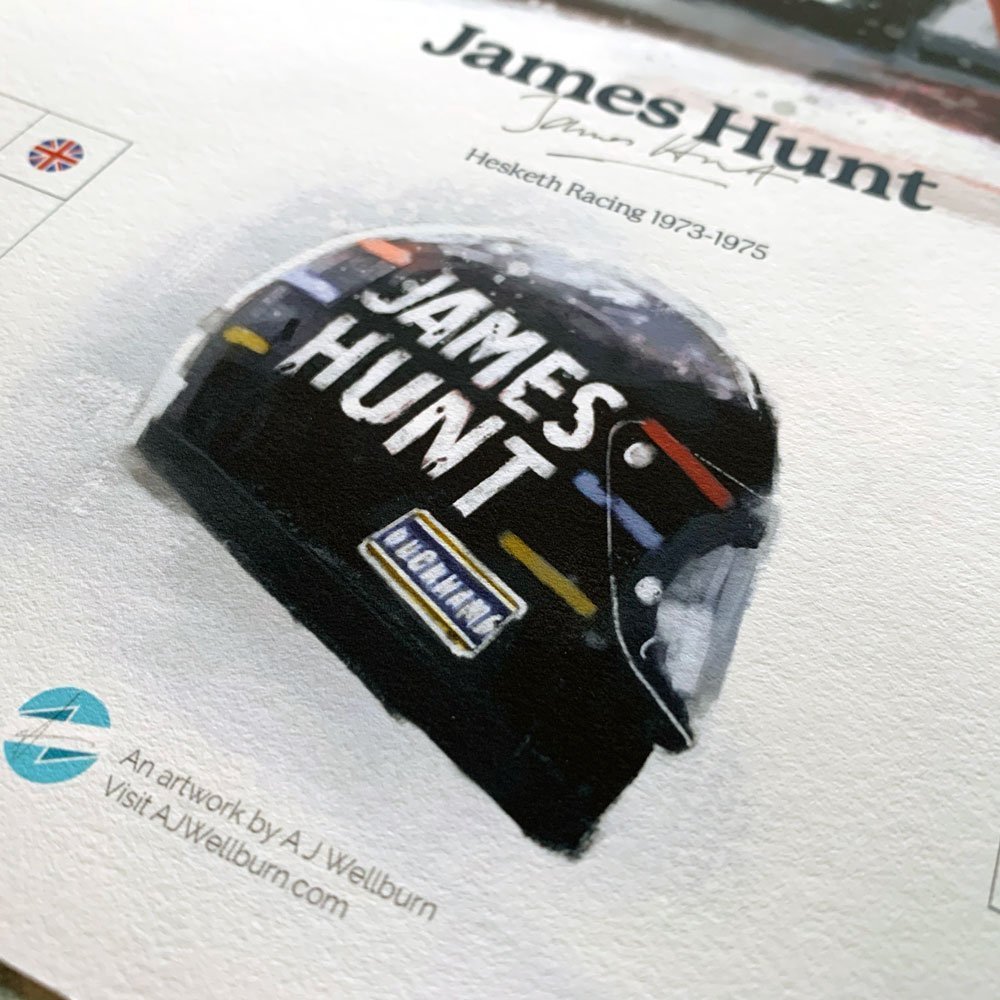 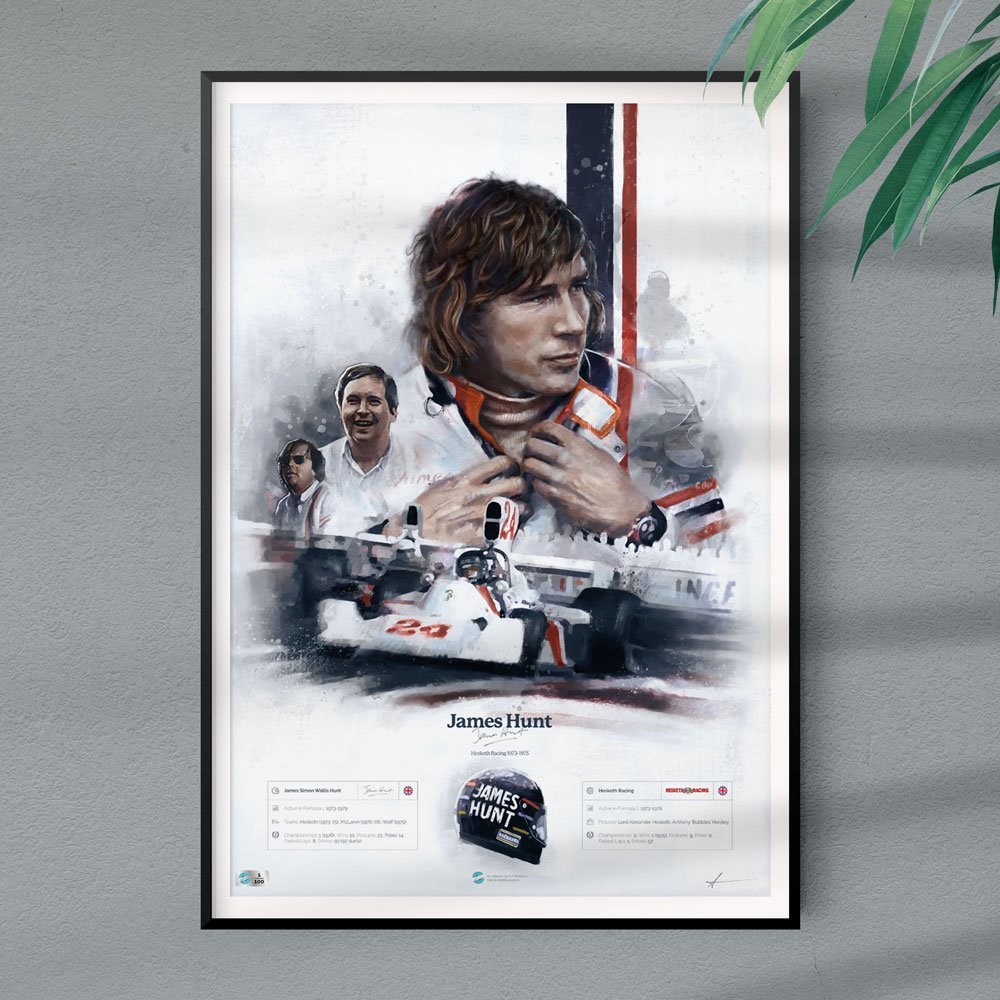 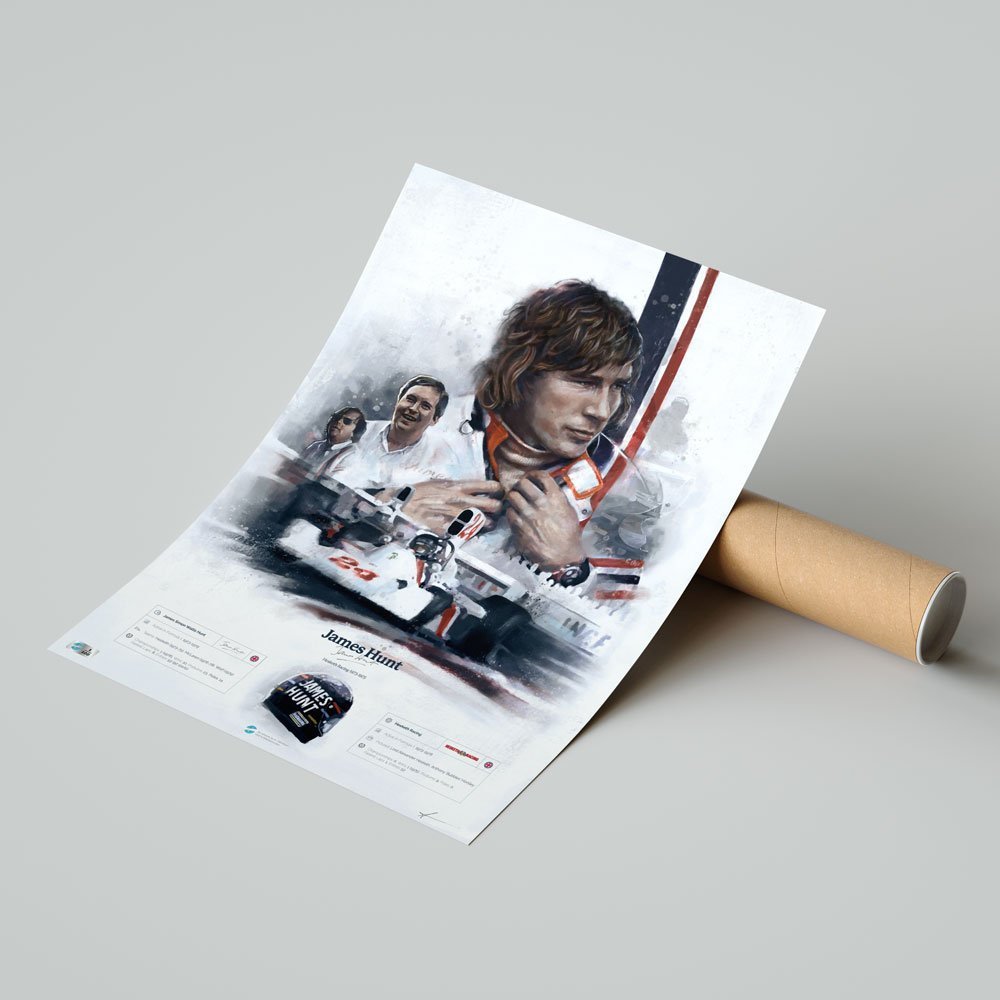 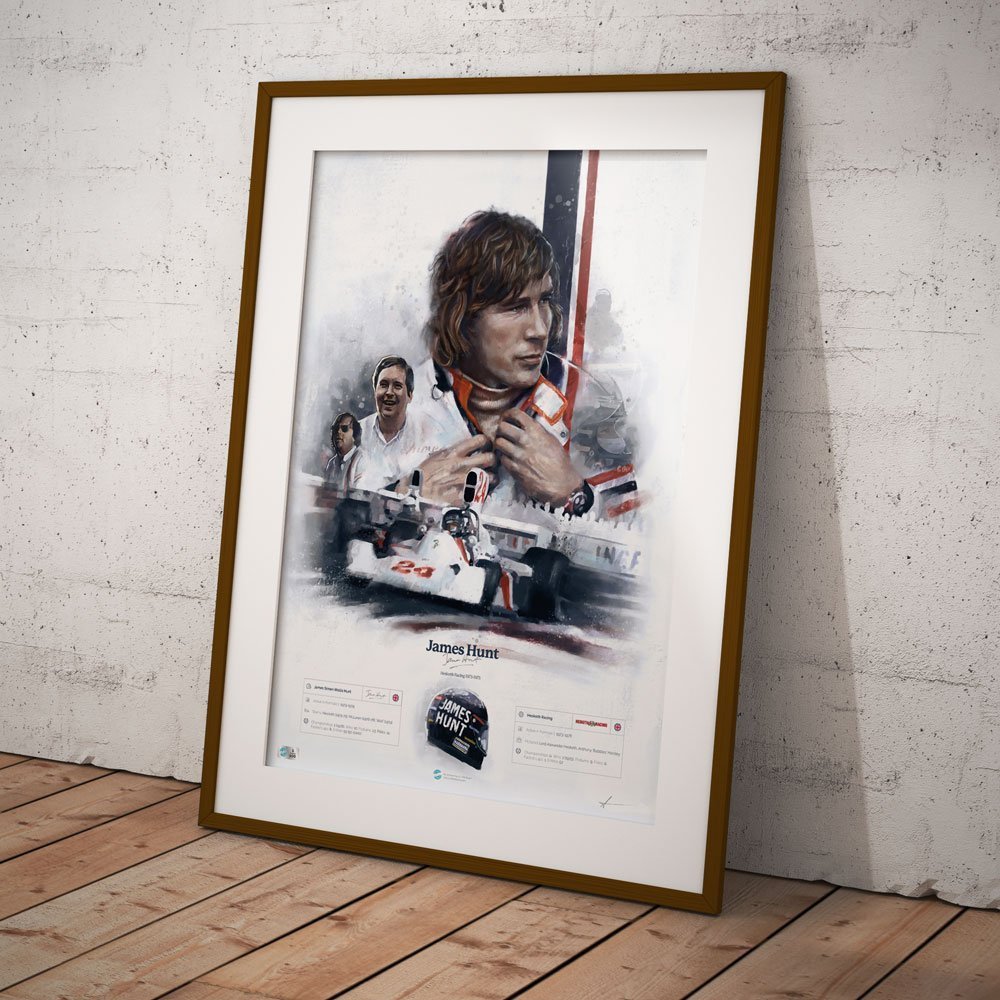 This Exclusive James Hunt limited edition run of only 100 is ideal for any motorsport enthusiast. The Unique and original digital fine art painting will clearly show its number and the number produced in the run. The work is a professionally printed giclee print on Hahnemühle Photo Rag® 308gsm and comes in a choice of an A2 print measuring 42.0 x 59.4 cm (16.53 x 23.39 inches) or an A3 print measuring 29.7 x 42.0 cm (11.69 x 16.53 inches). It will arrive with a certificate of authenticity, free UK shipping on orders over £40.

This limited run portrays the F1 world drivers champion of 1976, James Hunt during his time with Hesketh Racing between 1973 and 1975. Beginning his racing career in touring car racing, Hunt progressed into Formula Three, where he attracted the attention of the Hesketh Racing team and soon joined the outfit. Hunt entered Formula One in 1973, driving for the Hesketh Racing team. He went on to win for them, in the Hesketh 308 car, in both World Championship and non-championship races, before joining McLaren at the end of 1975.

This image celebrates Hunts time with Hesketh Racing who gave James his Formula 1 debut. It features James in his Hesketh overalls and jacket alongside Lord Hesketh and Anthony 'Bubbles' Horesly who ran the team in partnership. The Hesketh team had a reputation for their playboy attitude, arriving at races in Rolls-Royce cars, drinking champagne regardless of their results, and checking the entire team into five-star hotels. The team were responsible for the infamous patch made for Hunt's race suit which read: "Sex – The Breakfast of Champions". Hunt took a popular win for Hesketh in the 1975 Dutch Grand Prix, holding off Niki Lauda's dominant Ferrari, he also led at the British Grand Prix and the Austrian Grand Prix, taking several placings on his way to fourth overall in the world championship.

The digital painting process offers a new way of seeing the work come to life. This timelapse or speed painting video of the James Hunt artwork gives the viewer a unique insight into the process of creating the work. 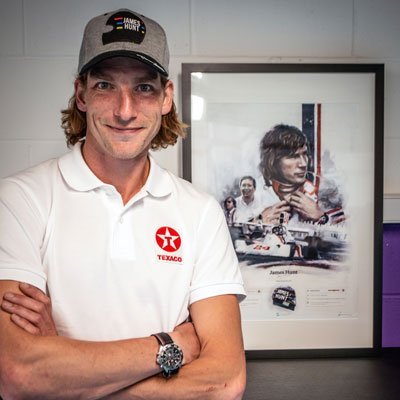