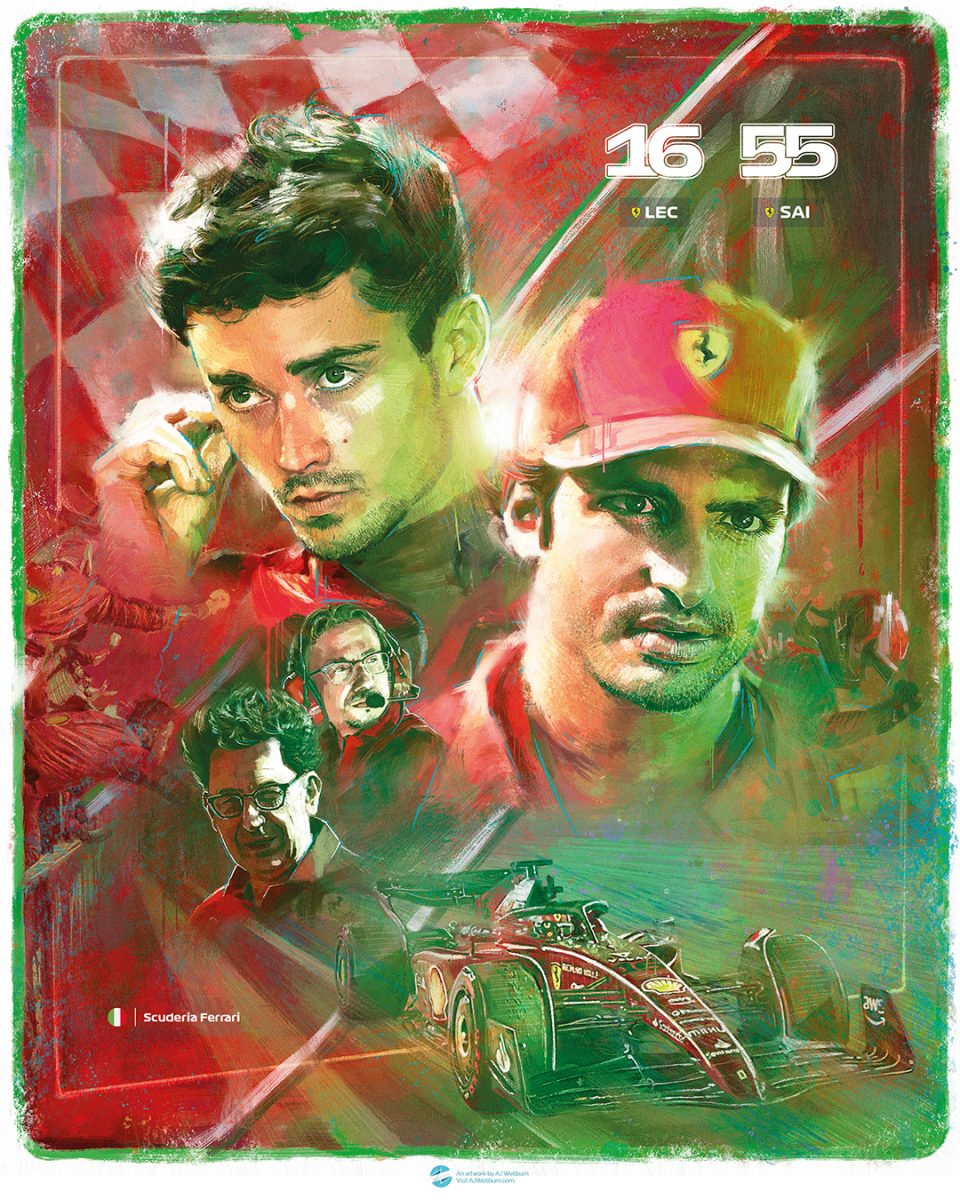 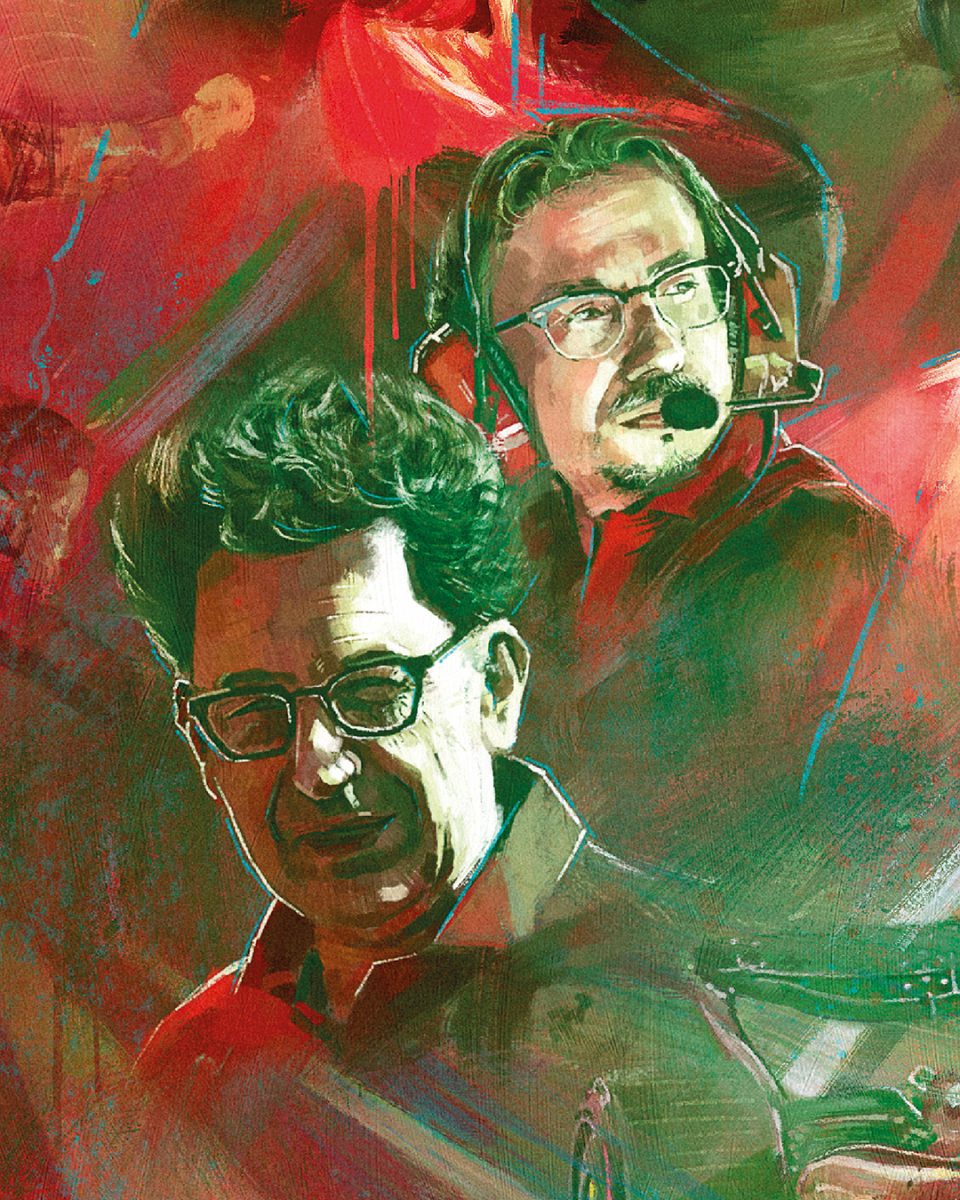 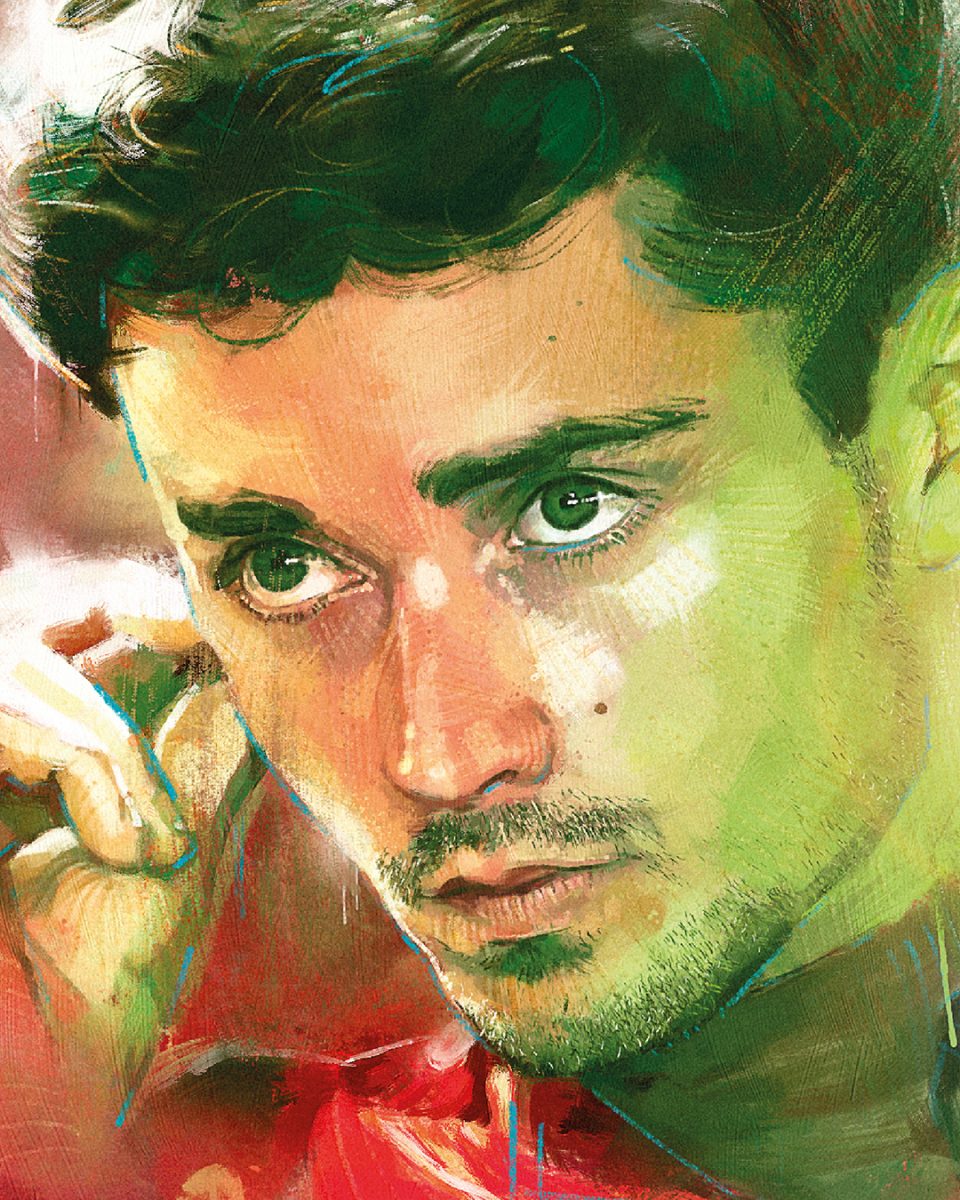 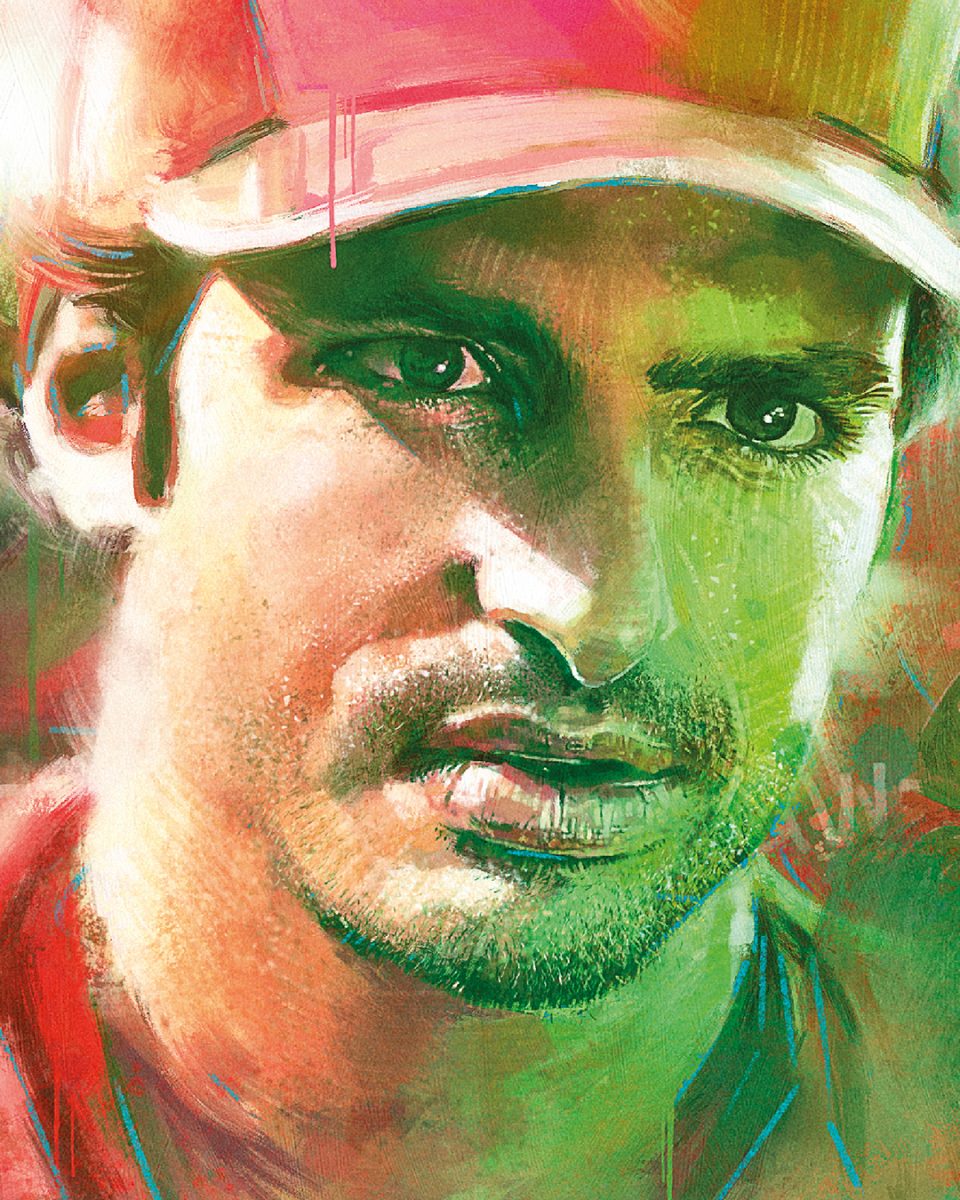 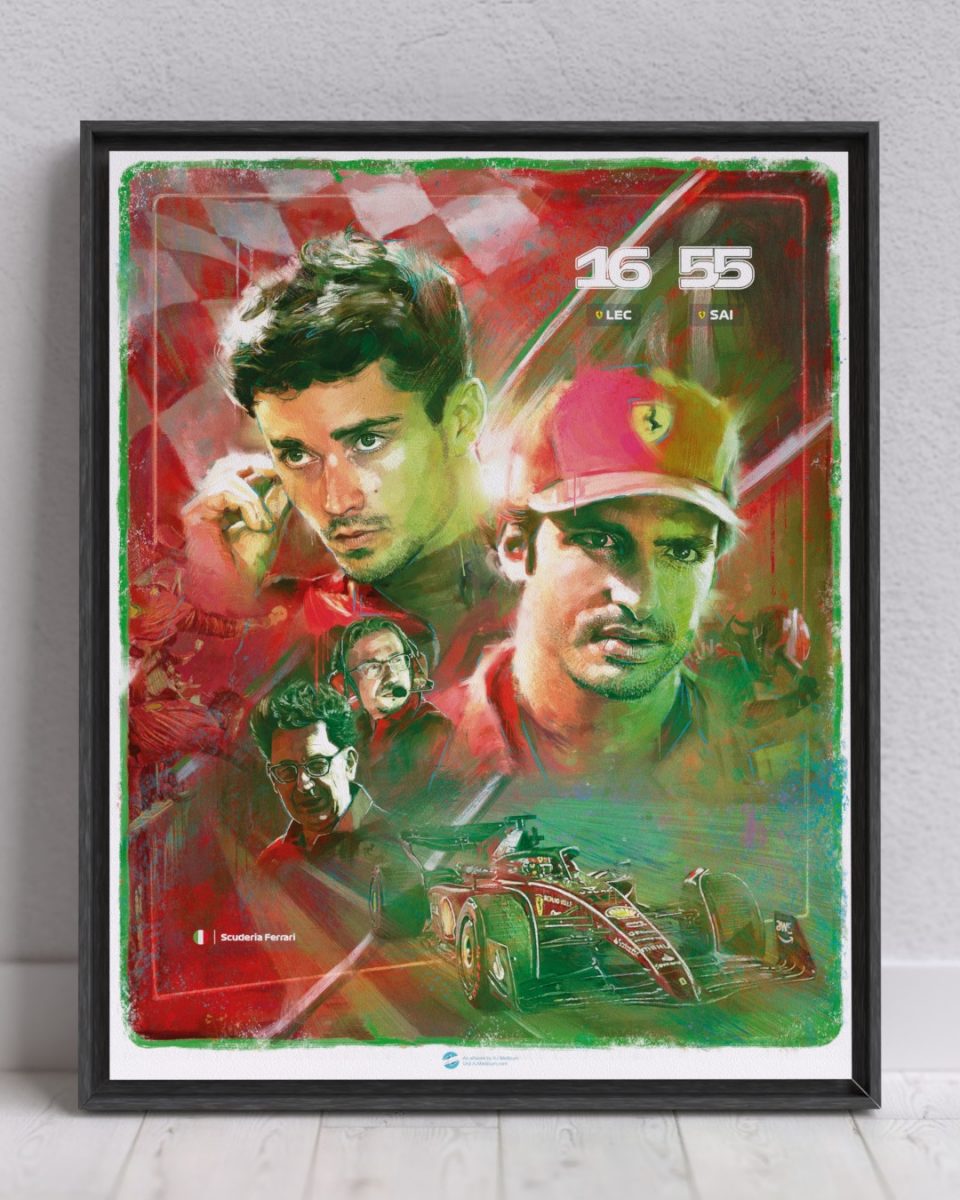 This Exclusive Scuderia Ferrari limited edition run of only 250 is the ideal gift for any motorsport enthusiast. The Unique and original digital fine art painting will clearly show its number and the number produced in the run. The work is a professionally printed giclee print on Hahnemühle Matt Fibre® 200gsm. Choice of print measuring 40 x 50 cm (16 x 20 inches) or print measuring 28 x 35 cm (11 x 13.8 inches). It comes with a certificate of authenticity, free UK shipping on orders over £40.

Scuderia Ferrari is the official name of the racing division of luxury Italian auto manufacturer, Ferrari, and competes in Formula One racing. It is the oldest surviving and most successful Formula One team, having competed in every world championship since the 1950 Formula One season.

The team was founded by Enzo Ferrari, initially to race cars produced by Alfa Romeo, though by 1947 Ferrari had begun building its own cars. Among its important achievements outside Formula One are winning the World Sportscar Championship, 24 Hours of Le Mans, 24 Hours of Daytona, 12 Hours of Sebring, races for Grand tourer cars and racing on road courses of the Targa Florio, the Mille Miglia and the Carrera Panamericana.

As a constructor, Ferrari has a record 16 Constructors' Championships, the last of which was won in 2008. Alberto Ascari, Juan Manuel Fangio, Mike Hawthorn, Phil Hill, John Surtees, Niki Lauda, Jody Scheckter, Michael Schumacher and Kimi Räikkönen have won a record 15 Drivers' Championships for the team. Since Räikkönen's title in 2007 the team narrowly lost out on the 2008 drivers' title with Felipe Massa and the 2010 and 2012 drivers' titles with Fernando Alonso.

“The dreams become bigger, much bigger, to build a car that doesn’t slow in the curves, that flies without leaving the ground.” 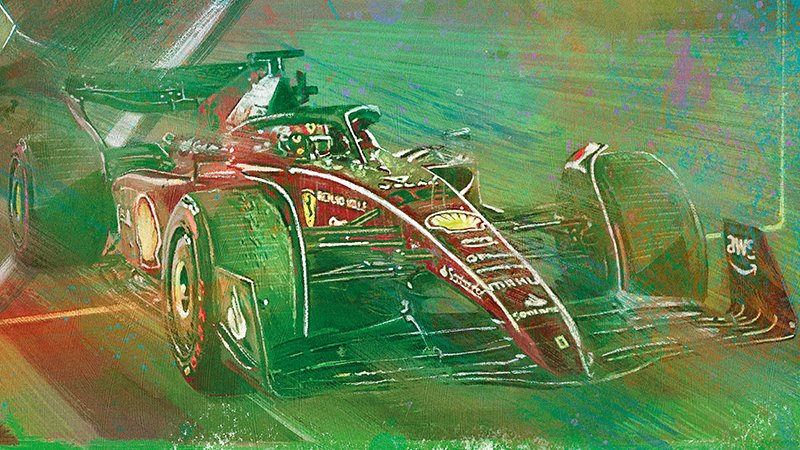 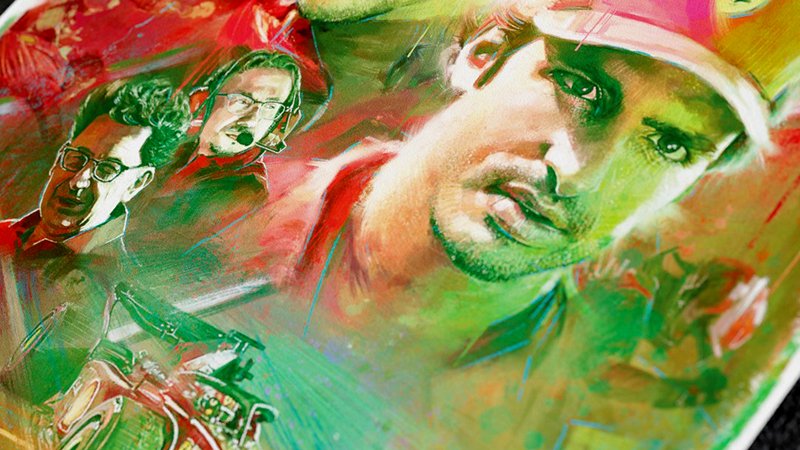 The digital painting process offers a great way of seeing the work come to life. This timelapse or speed painting video of the artwork gives the viewer a unique insight into the process of creating the work.