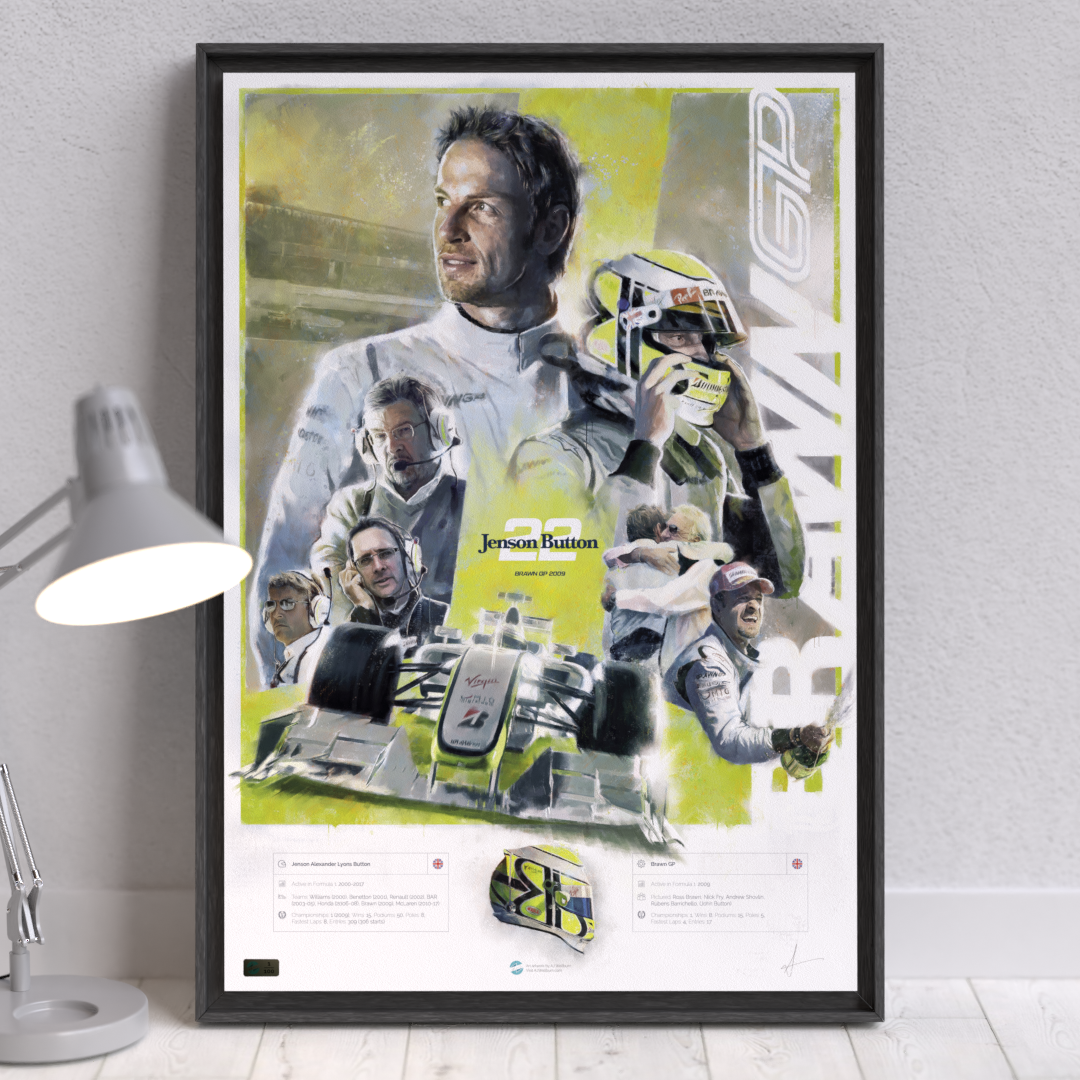 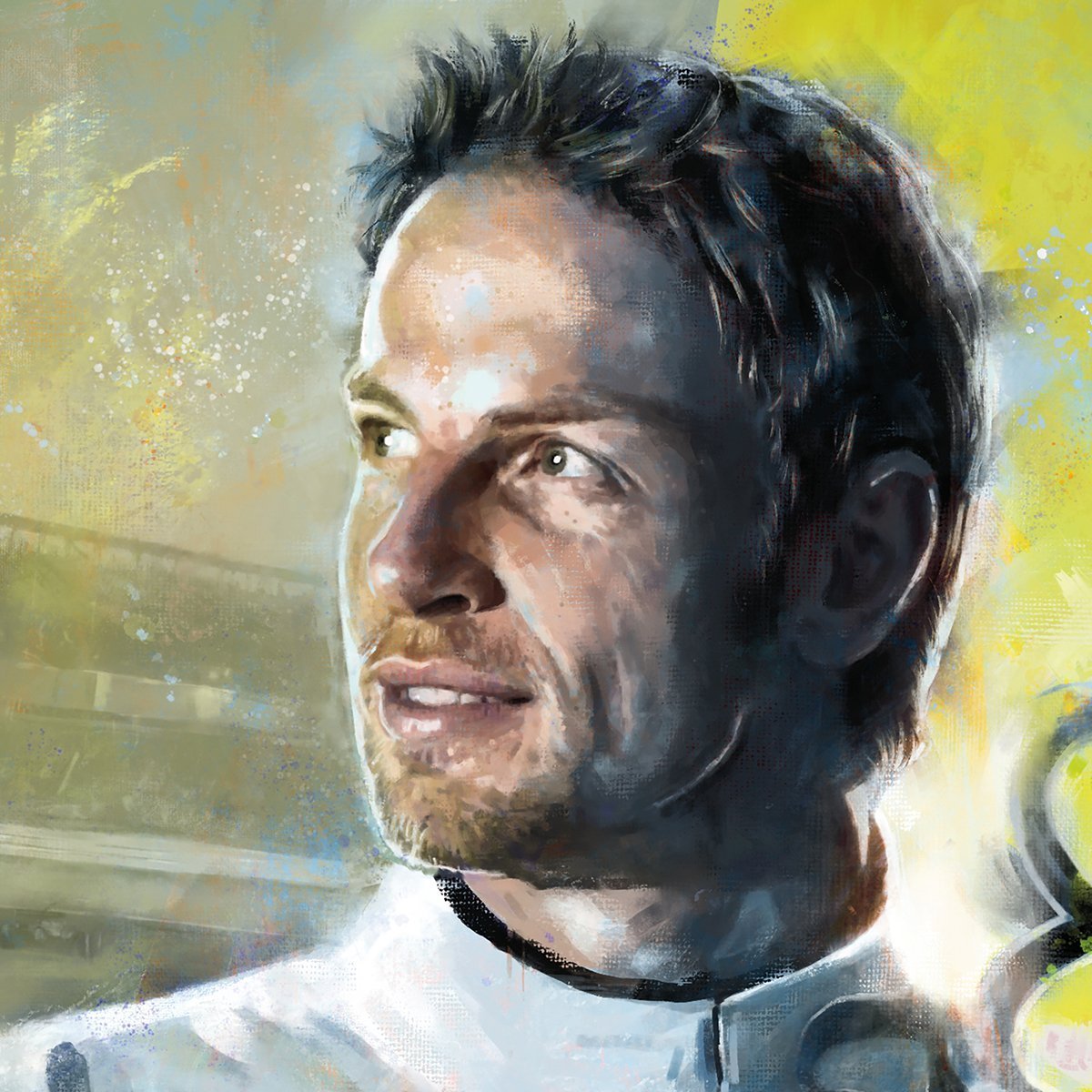 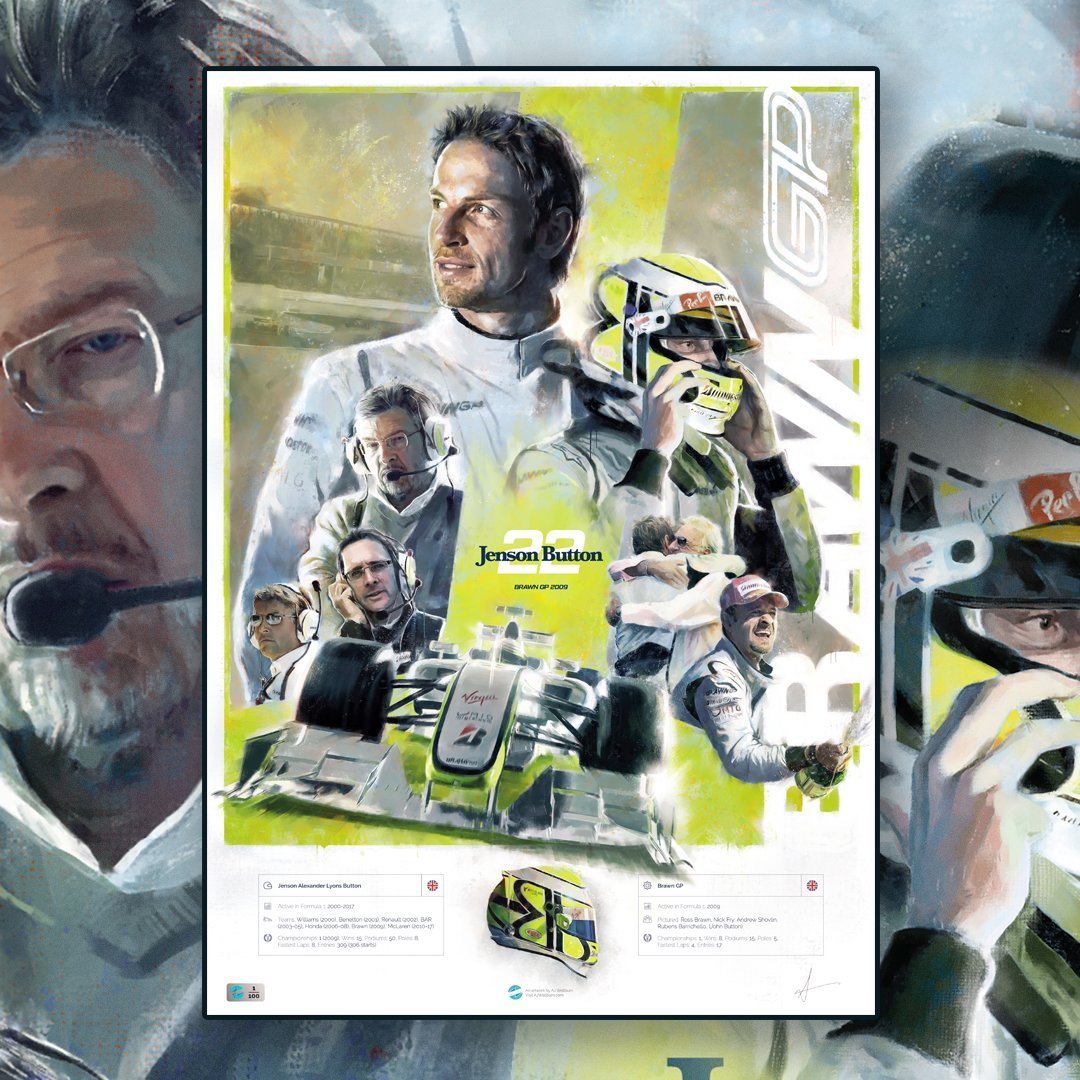 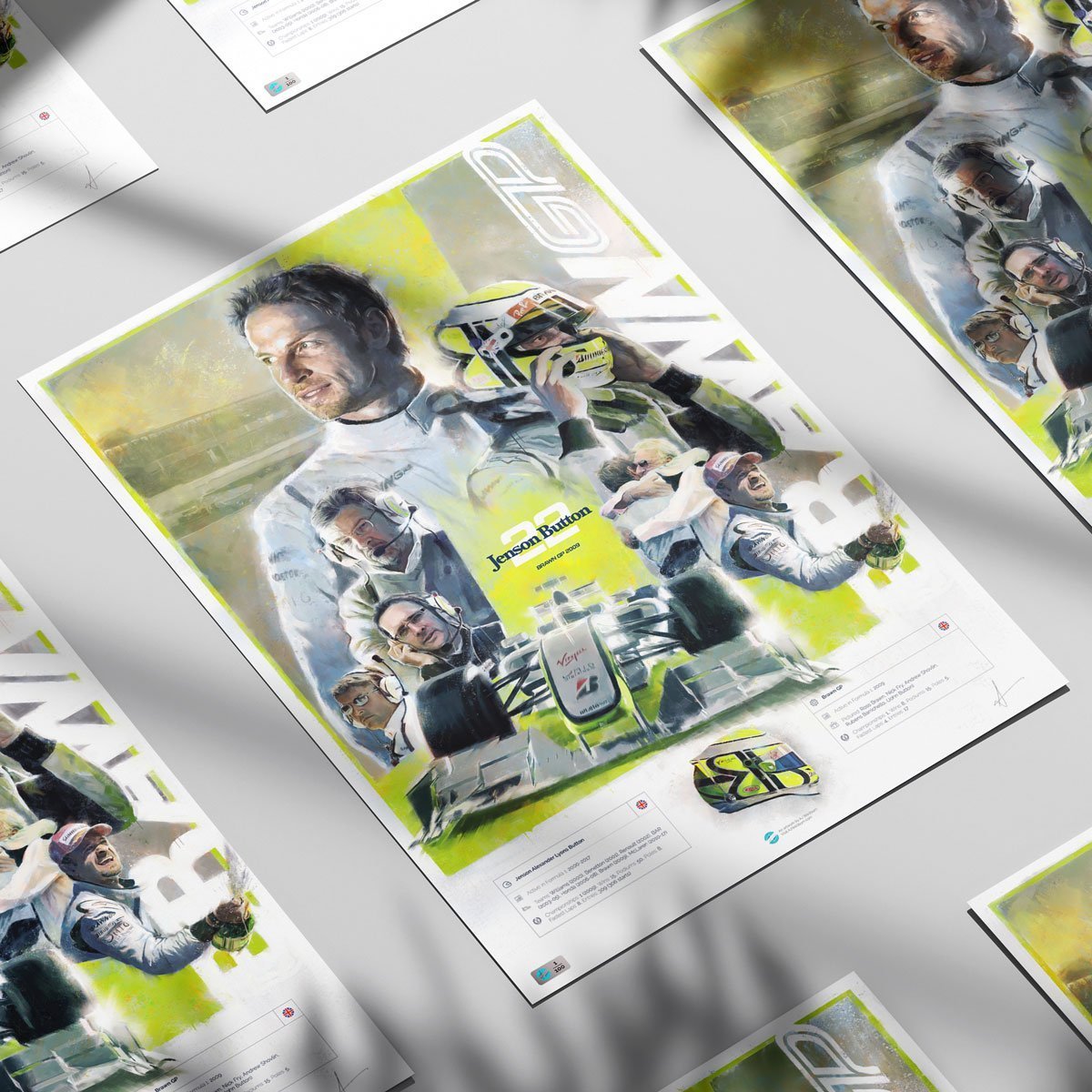 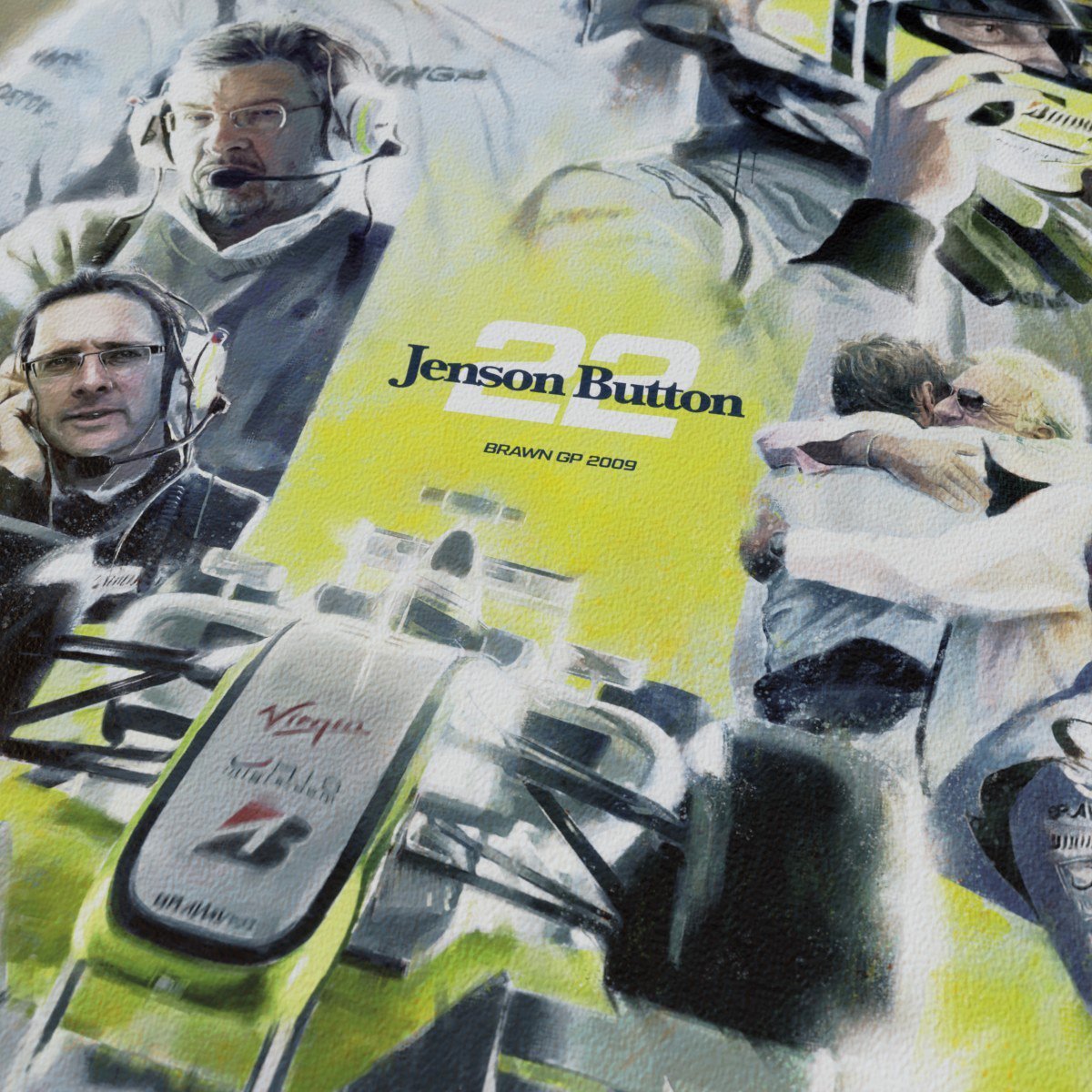 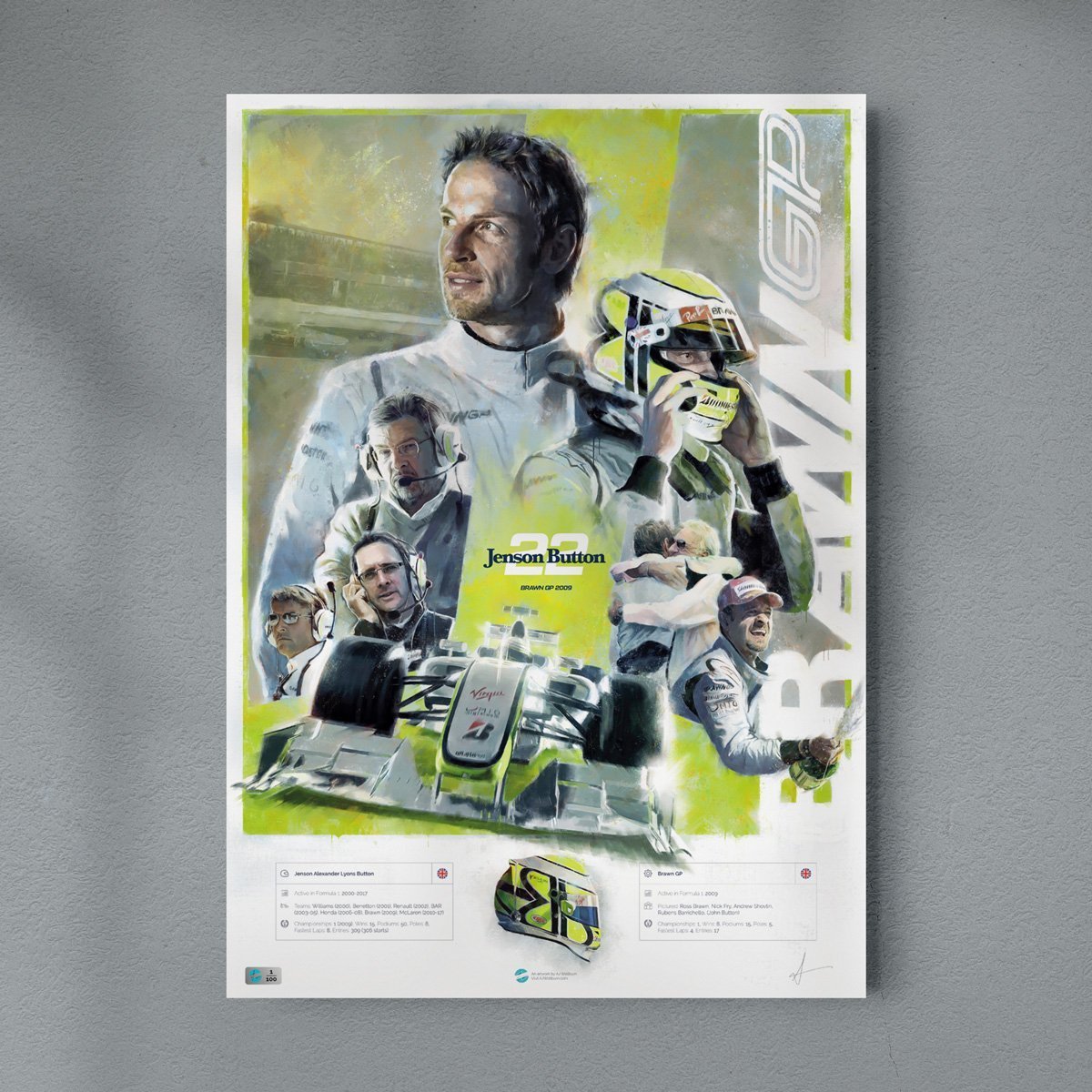 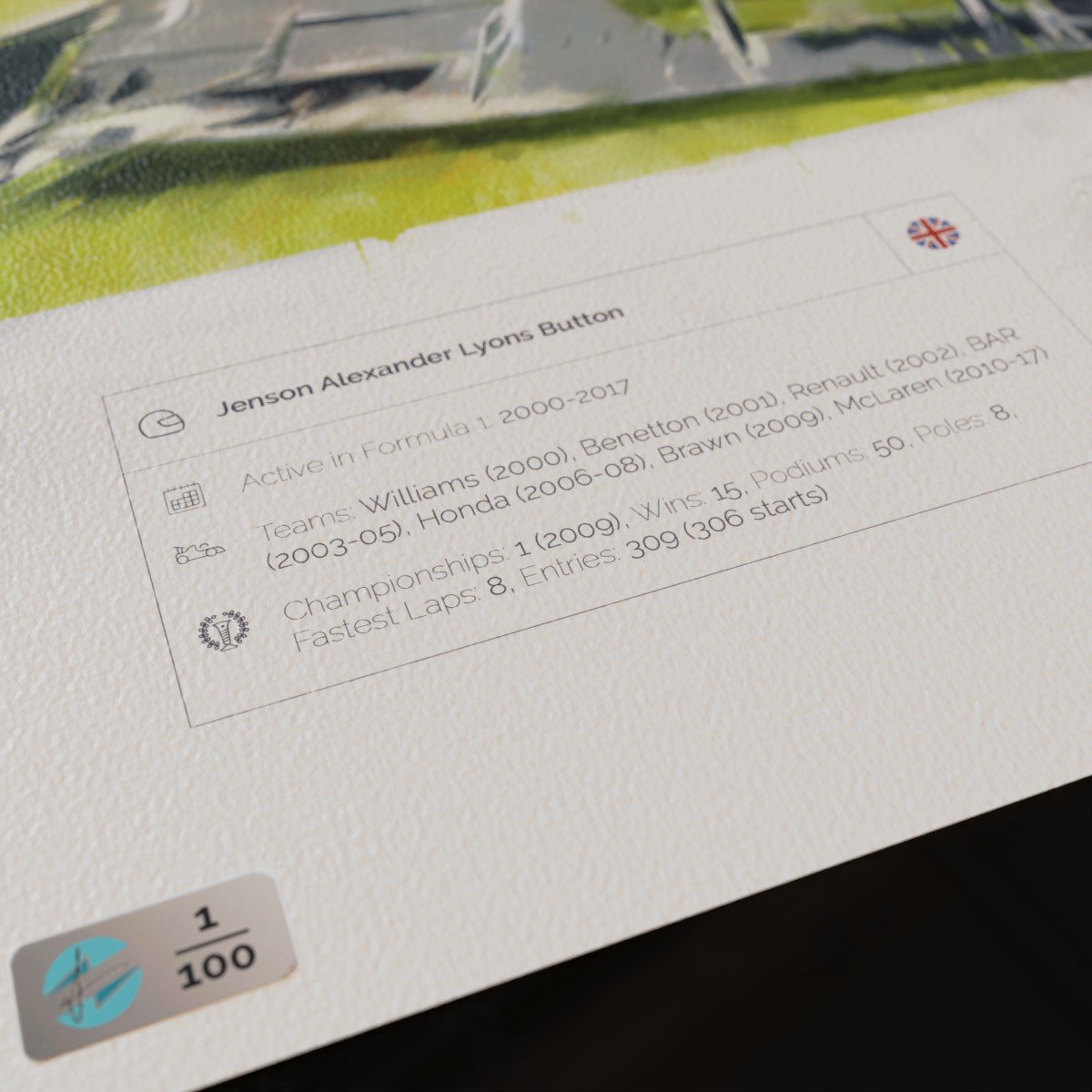 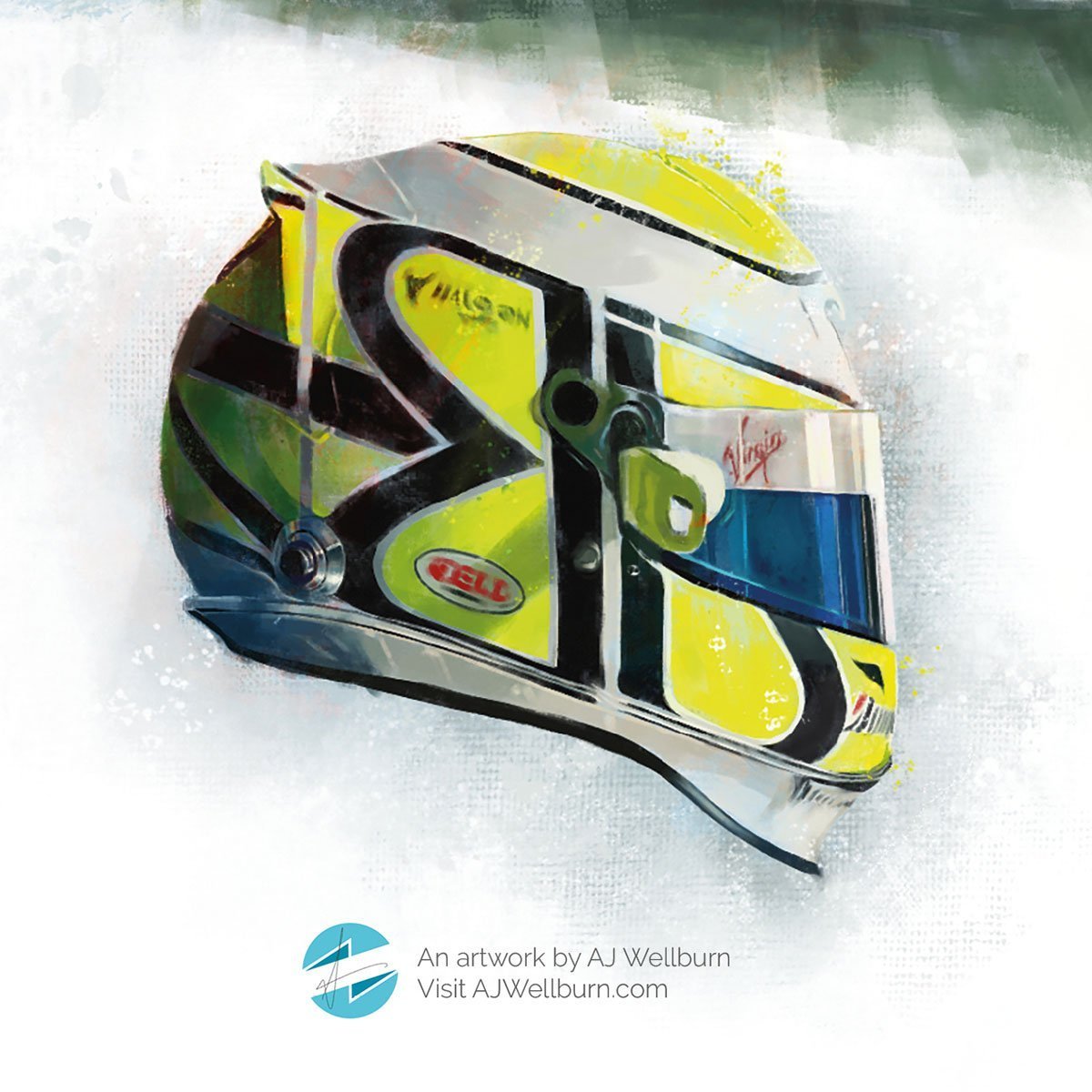 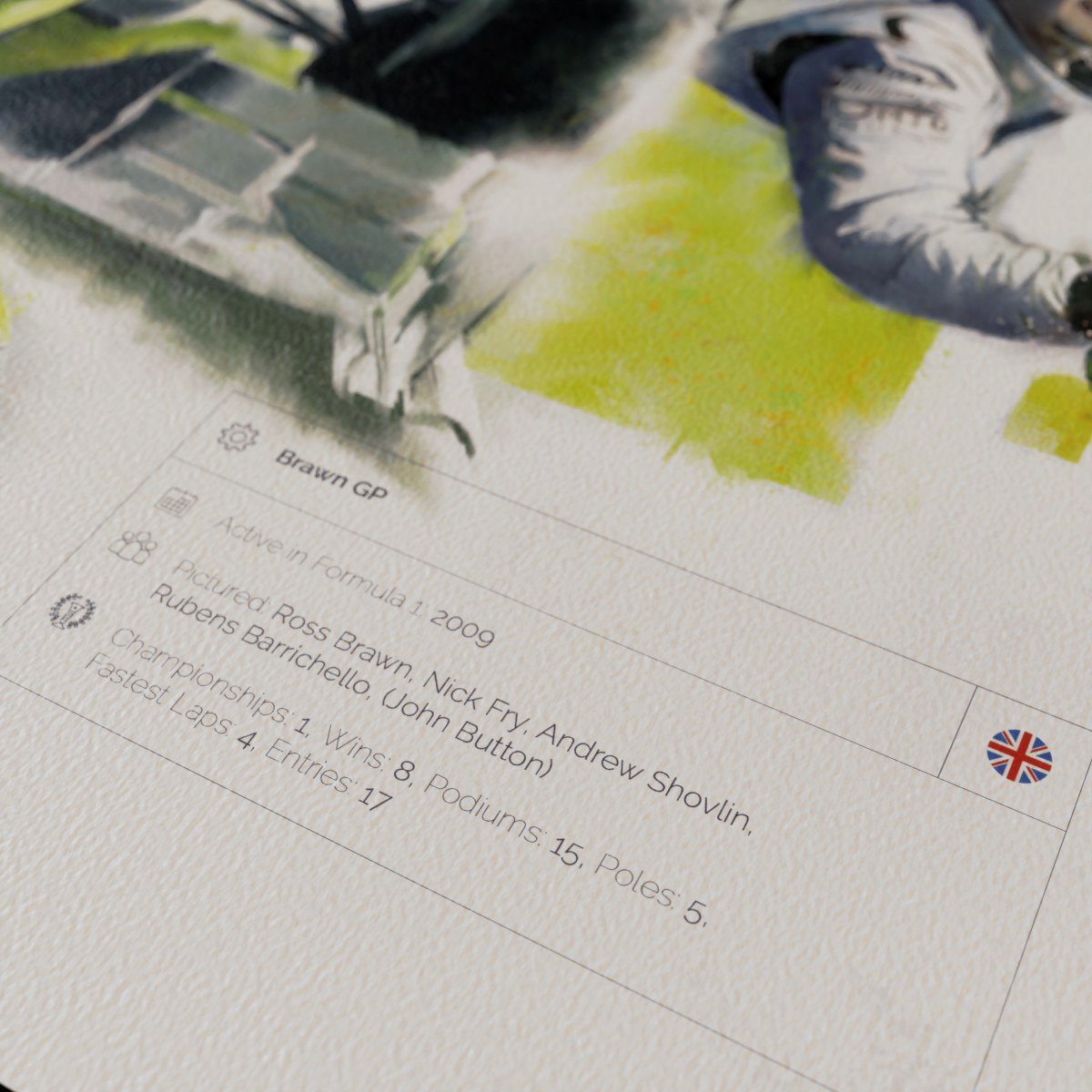 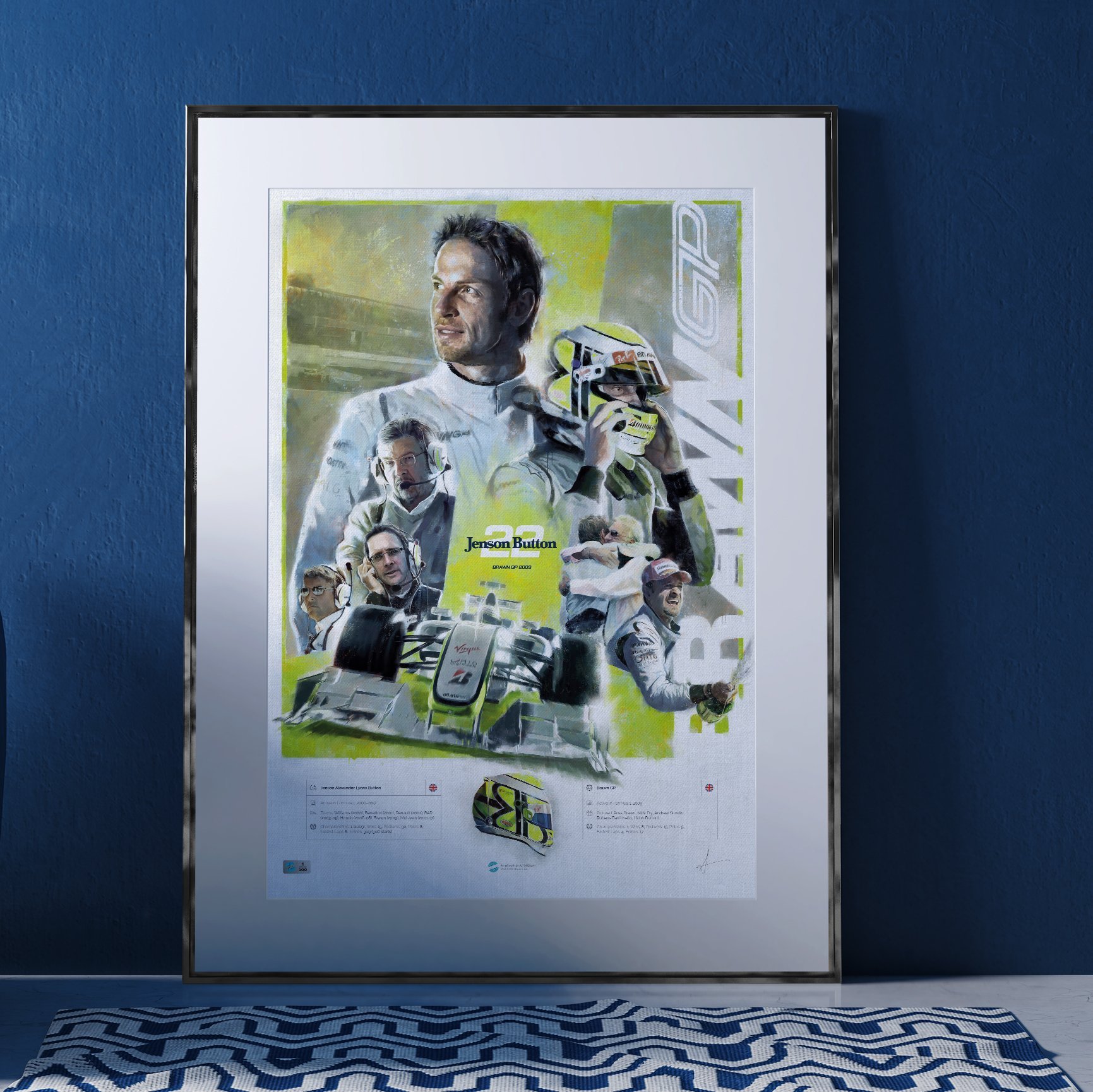 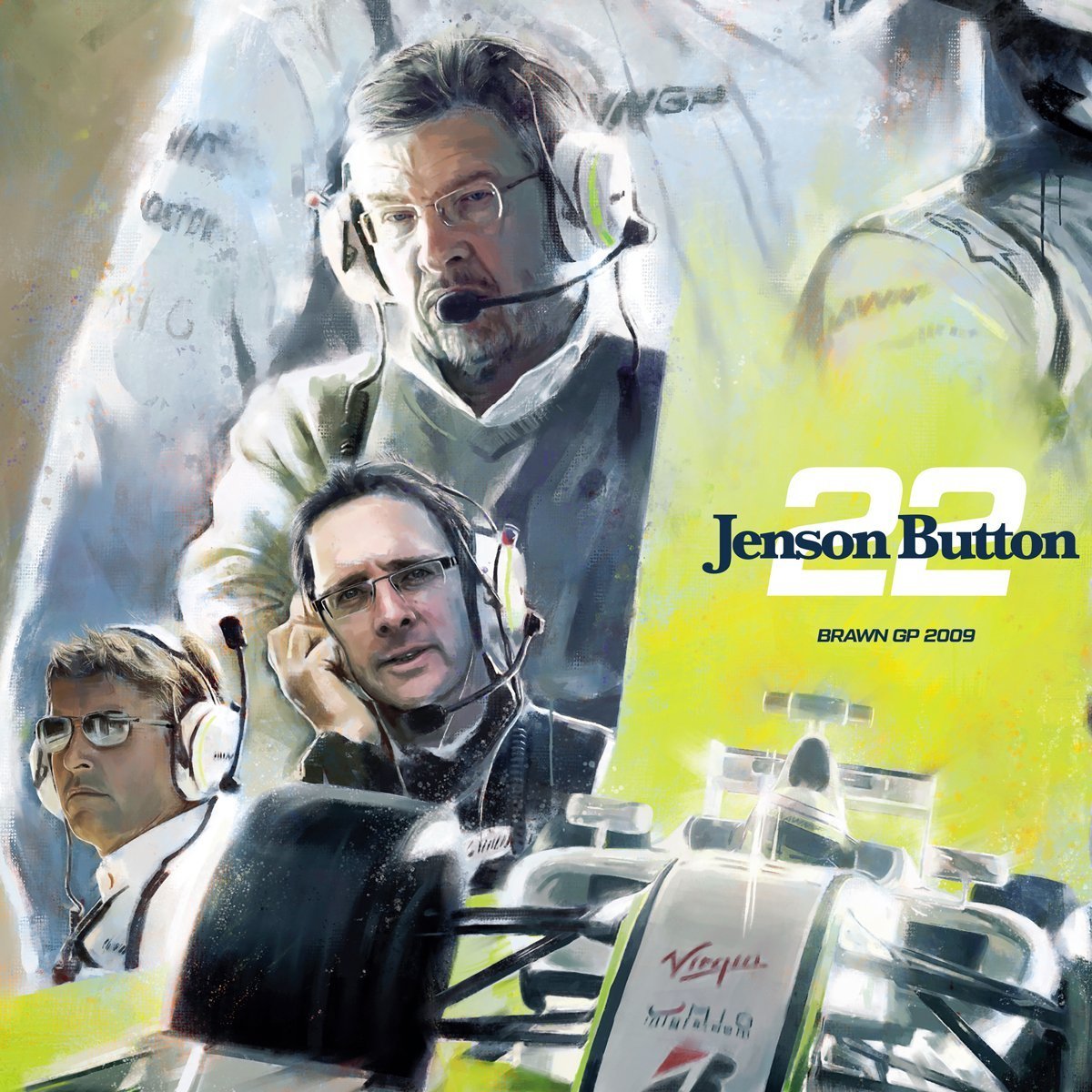 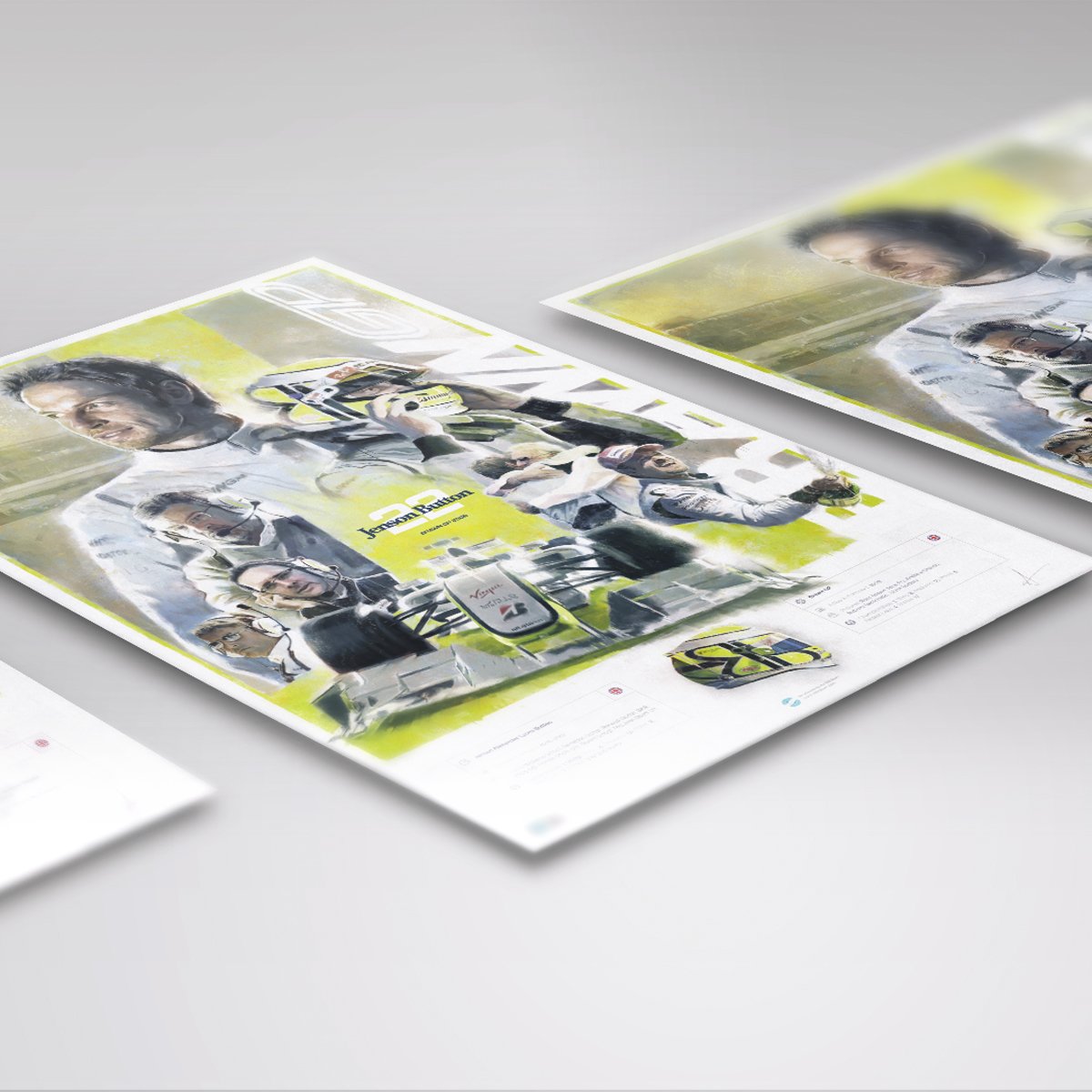 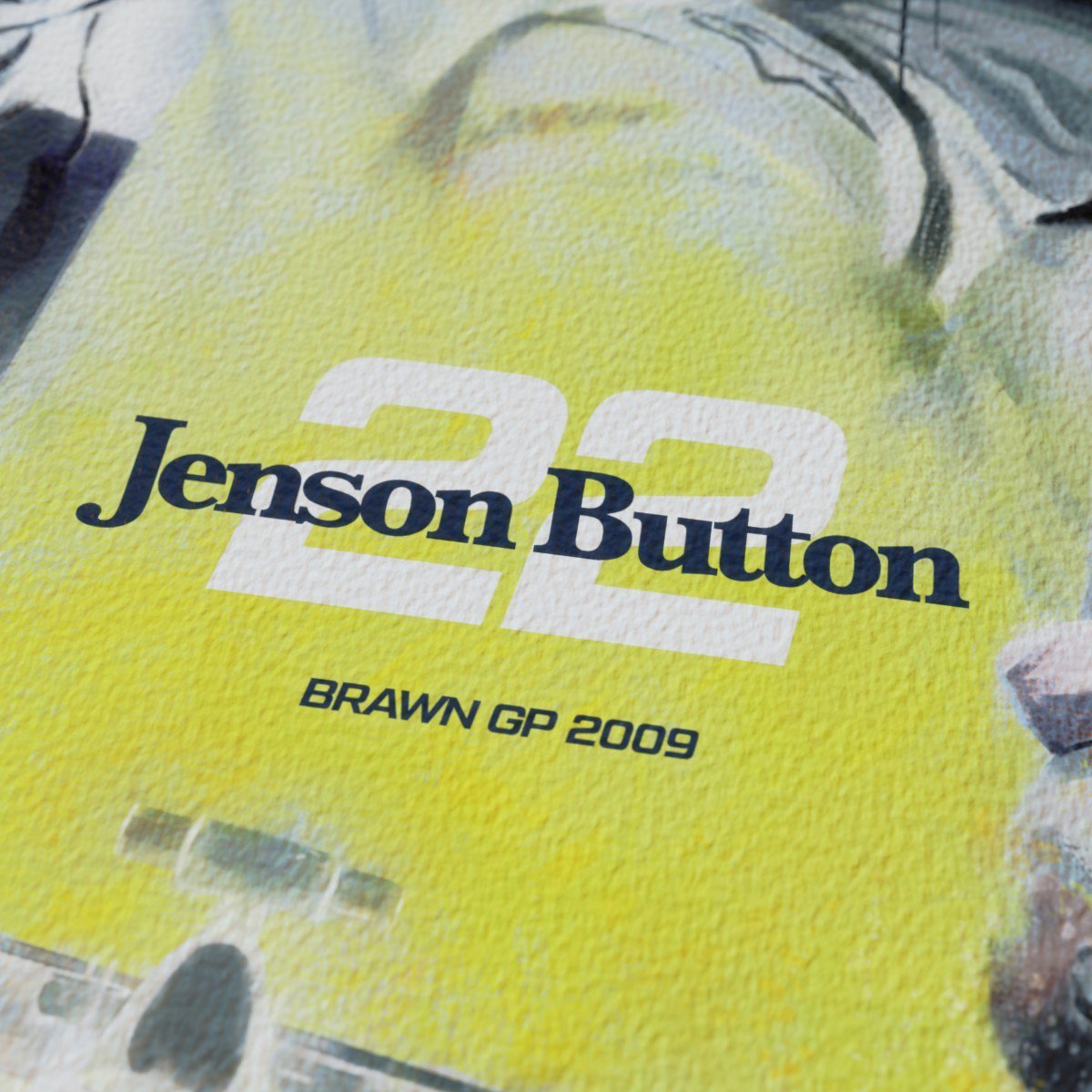 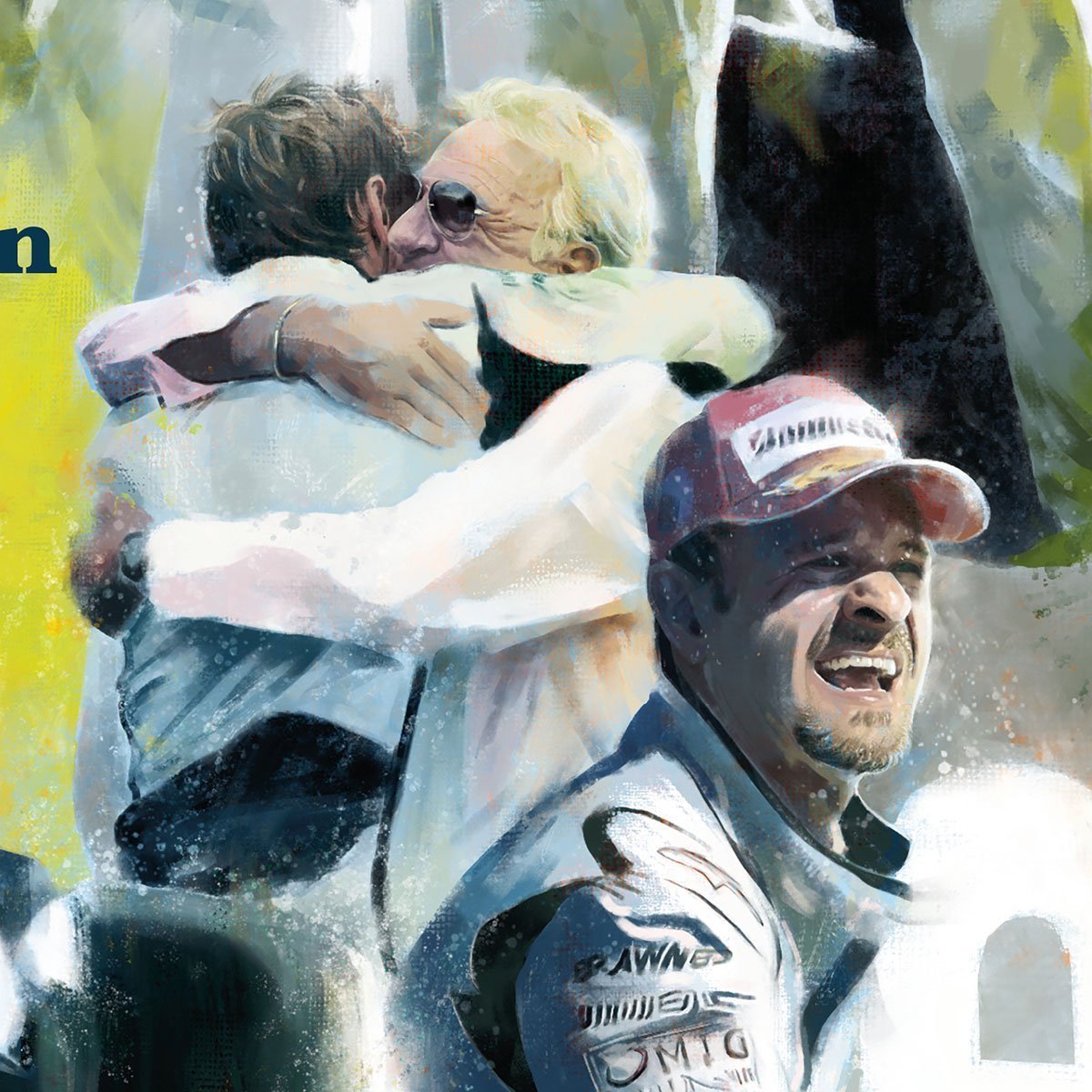 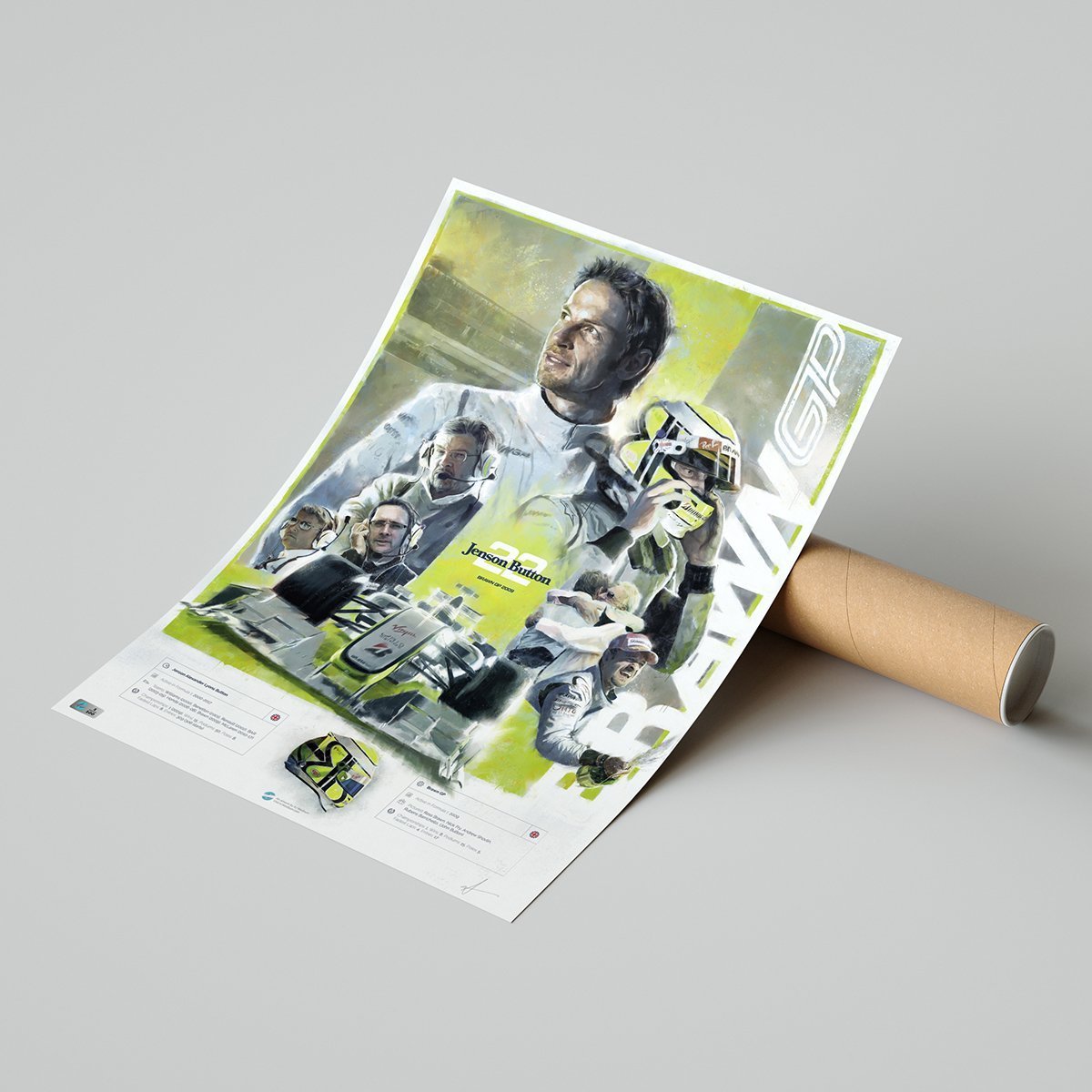 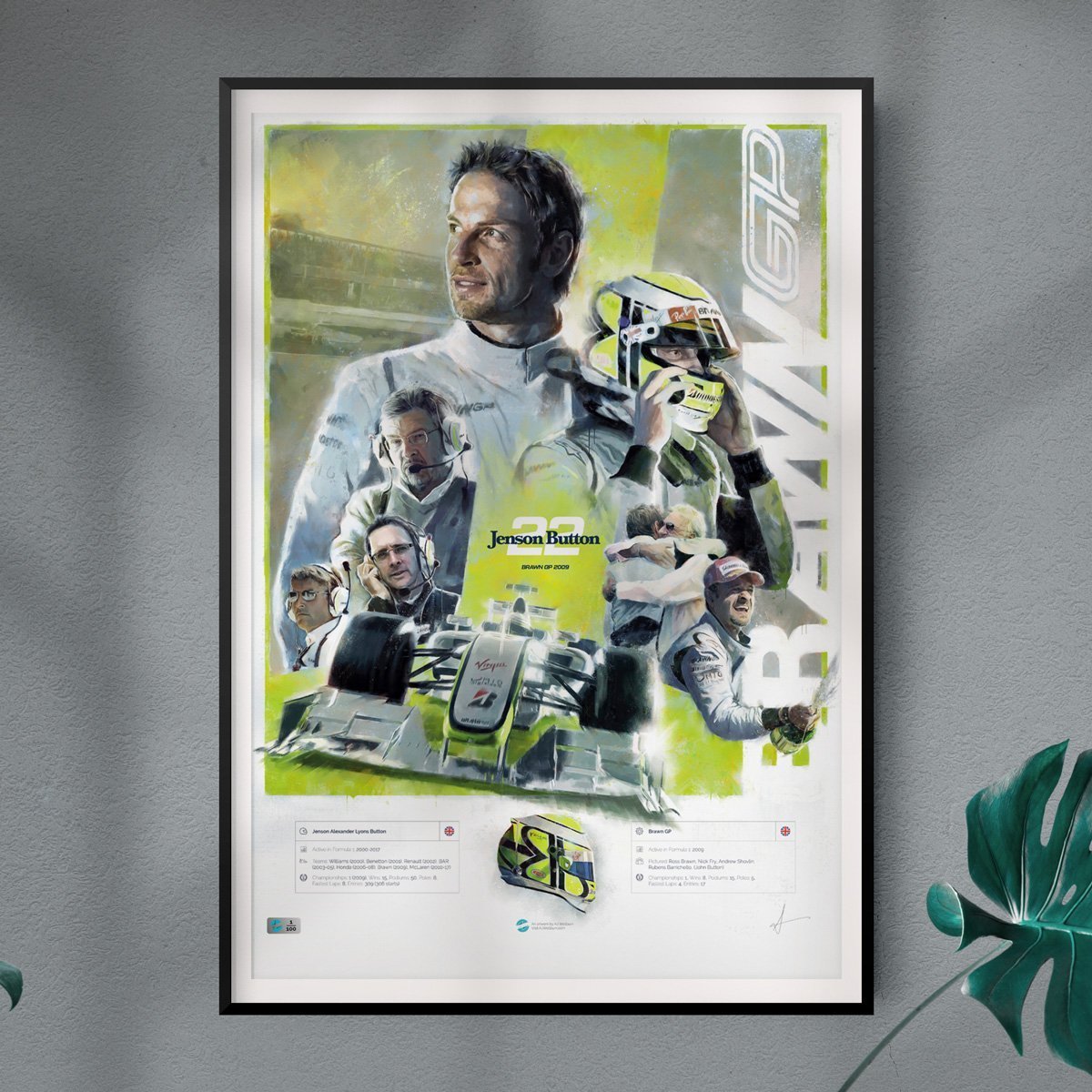 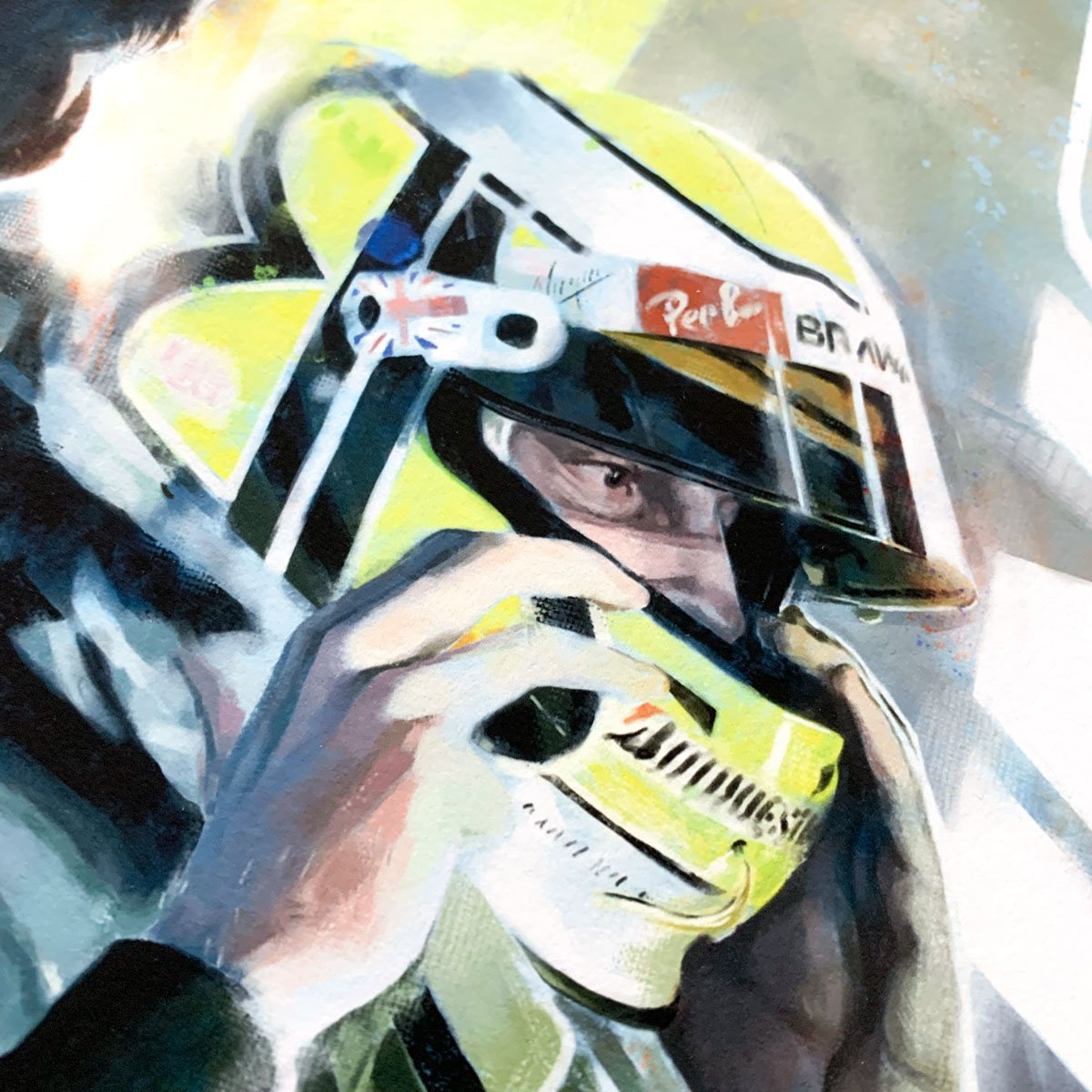 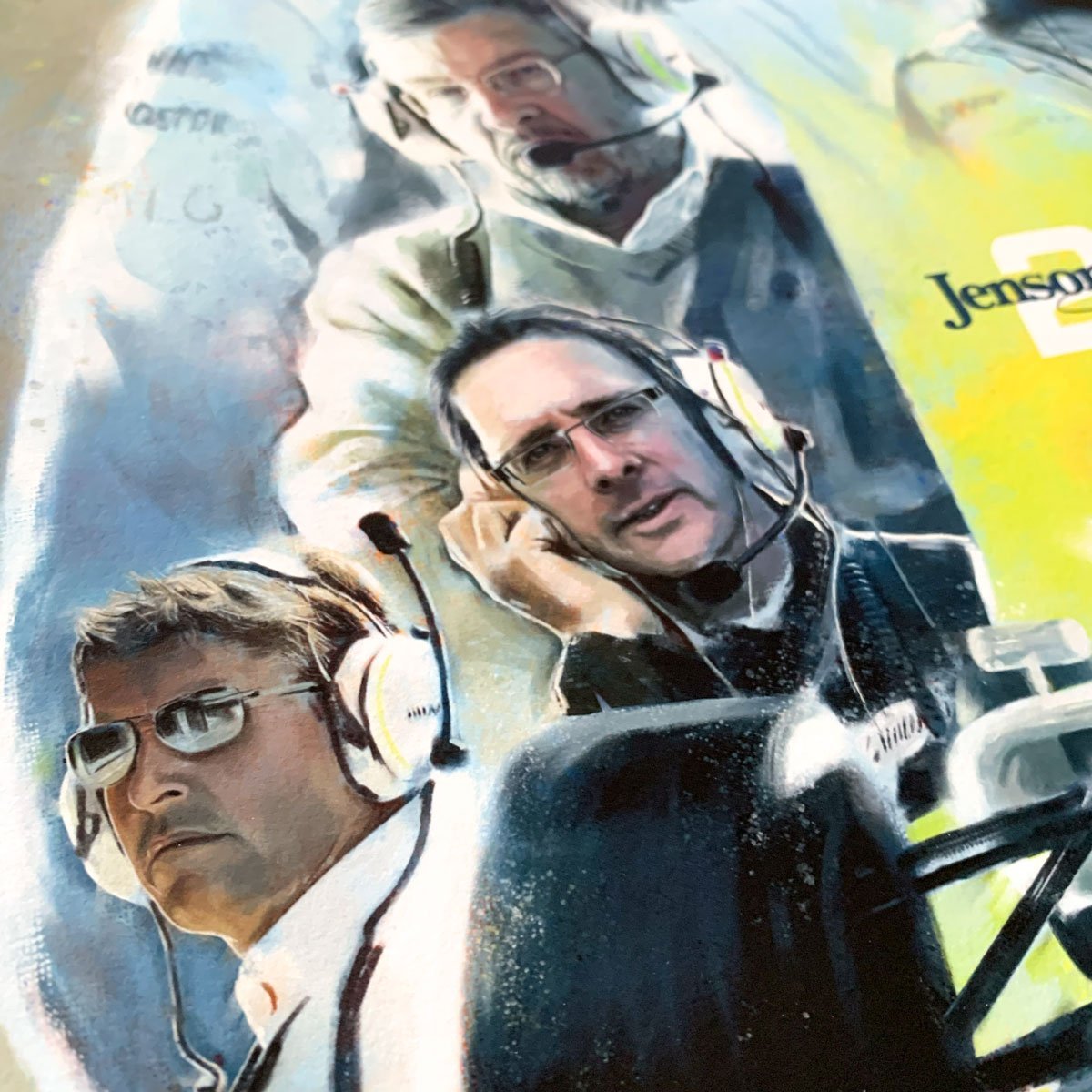 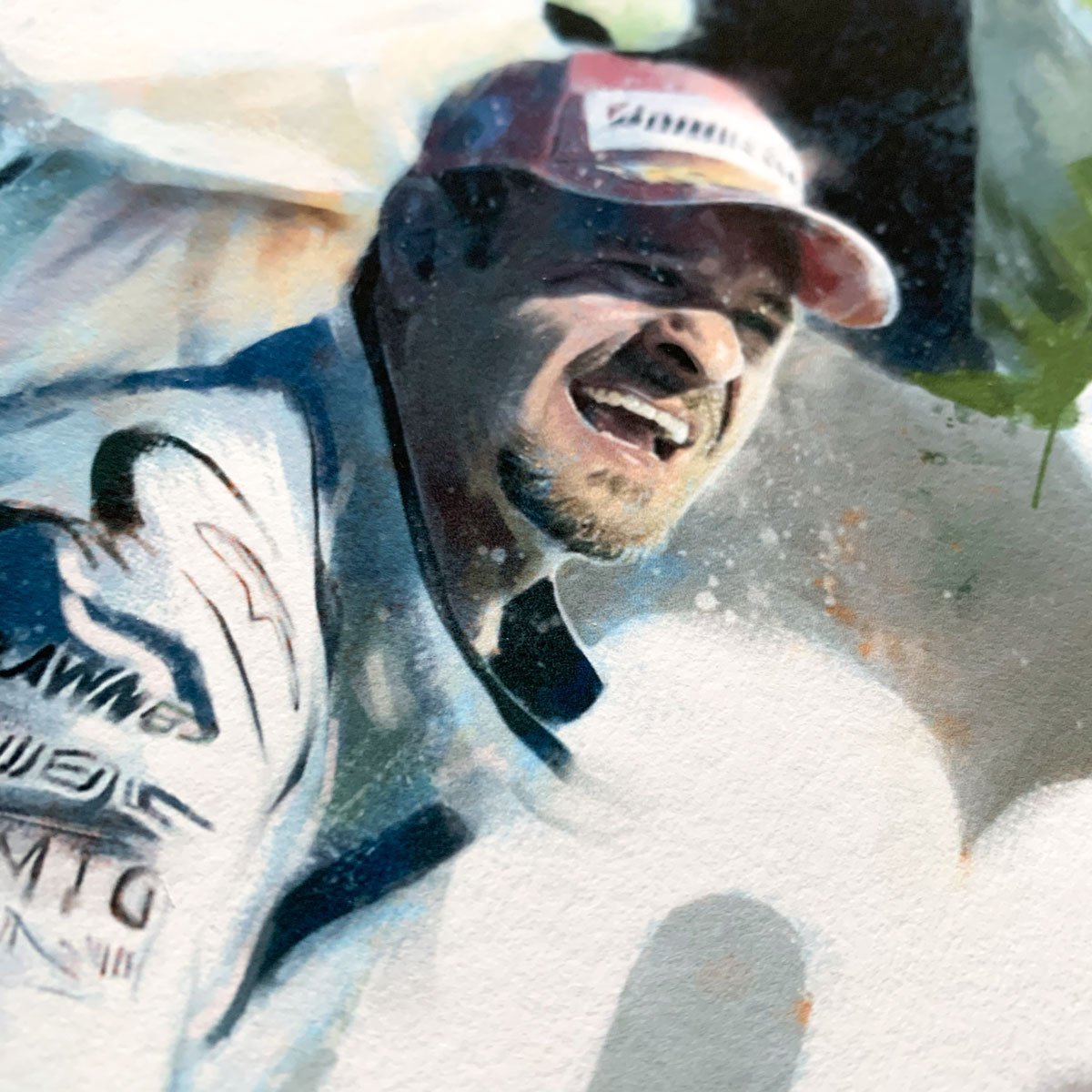 This Exclusive Jenson Button 2009 limited edition run of only 100 is ideal for any motorsport enthusiast. The Unique and original digital fine art painting will clearly show its number and the number produced in the run. The work is a professionally printed giclee print on Hahnemühle Photo Rag® 308gsm and comes in a choice of an A2 print measuring 42.0 x 59.4 cm (16.53 x 23.39 inches) or an A3 print measuring 29.7 x 42.0 cm (11.69 x 16.53 inches). It will arrive with a certificate of authenticity, free UK shipping on orders over £40.

This Jenson Button print portrays the F1 world drivers champion of 2009, Jenson Button during his time with Brawn GP. Brawn GP was created in 2009 by a management buyout of Honda Racing F1 Team led by Ross Brawn, after Honda announced their withdrawal from the sport the previous year. The team competed only once in the 2009 FIA Formula One World Championship, with drivers Jenson Button and Rubens Barrichello.

This image celebrates Formula One's last great fairy-tale story. A story which nearly never started amid a global financial crisis and which could have been derailed by a single chassis-cracking accident at one of the first four races of the season. Never before or since has a team won both the drivers' and constructors' world championships at the first time of asking.

The digital painting process offers a new way of seeing the work come to life. This timelapse or speed painting video of the Jenson Button artwork gives the viewer a unique insight into the process of creating the work. 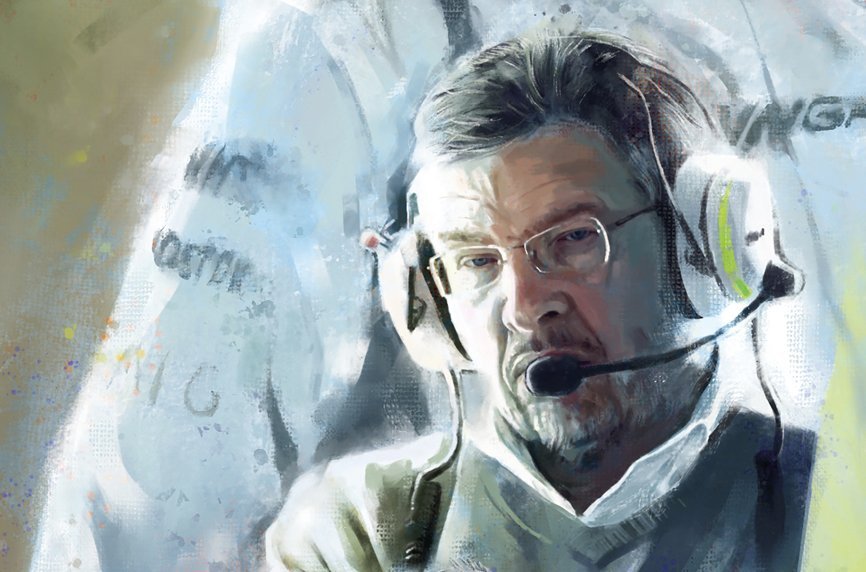 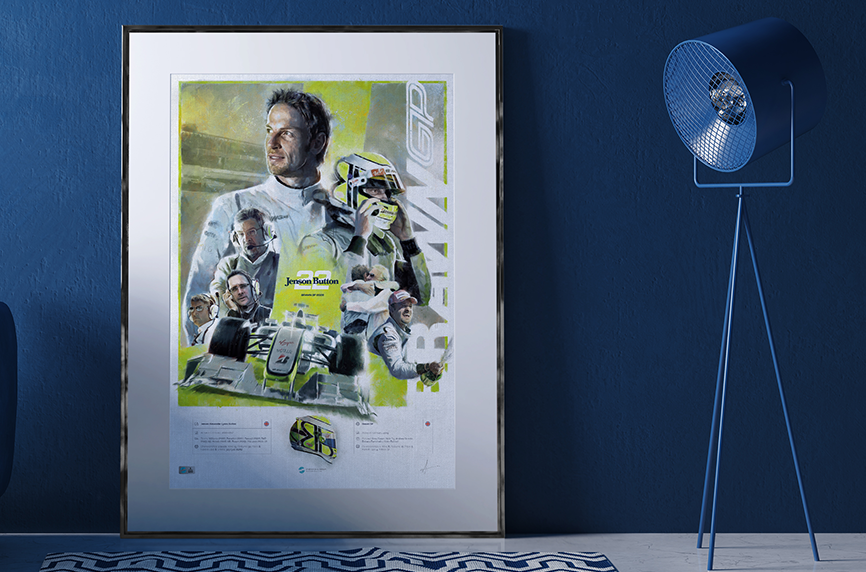